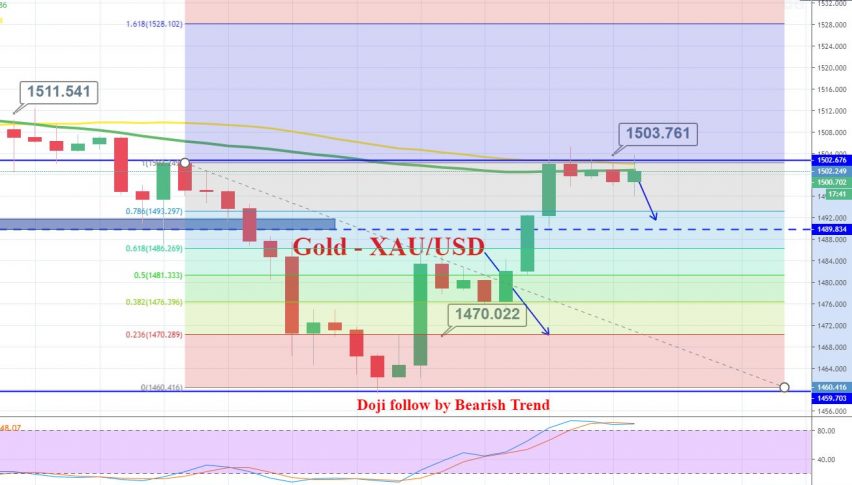 During the early Asian session, the safe-haven metal prices flashed red but recovered the $15,00 level overnight as weak data from the United States and Hong Kong depressed investors’ view.

The precious metal gold was trading higher in the day following an unexpected report on private-sector hiring in September, as well as Tuesday’s unexpected sluggish ISM Manufacturing PMI data, which pushed stocks lower.

Distinctly, the weaker data increased the odds of an additional rate cut from the United States Federal Reserve. As per one estimate, now around 87.5% of investors are expecting another rate cut later this year whereas the odds of a further rate cut during the October Federal Open Markets Committee meeting has increased to just under 75% from 64%.

The continuing political tensions in Hong Kong are also in focus. Hong Kong police shot six live rounds during National Day clashes, with one police officer firing a young protestor in the chest from a point-blank range. This overall condition in Hong Kong is leaving a significant impact on safe-haven assets and stock markets.
On the technical side, gold has completed 100% Fibonacci resistance at 1,500 area, and it may keep the gold bearish below this level.

The series of EMA, 50 and 100-period, are providing substantial resistance to gold at 1,502 level. While the RSI and Stochastics seem to shift direction on the lower side. 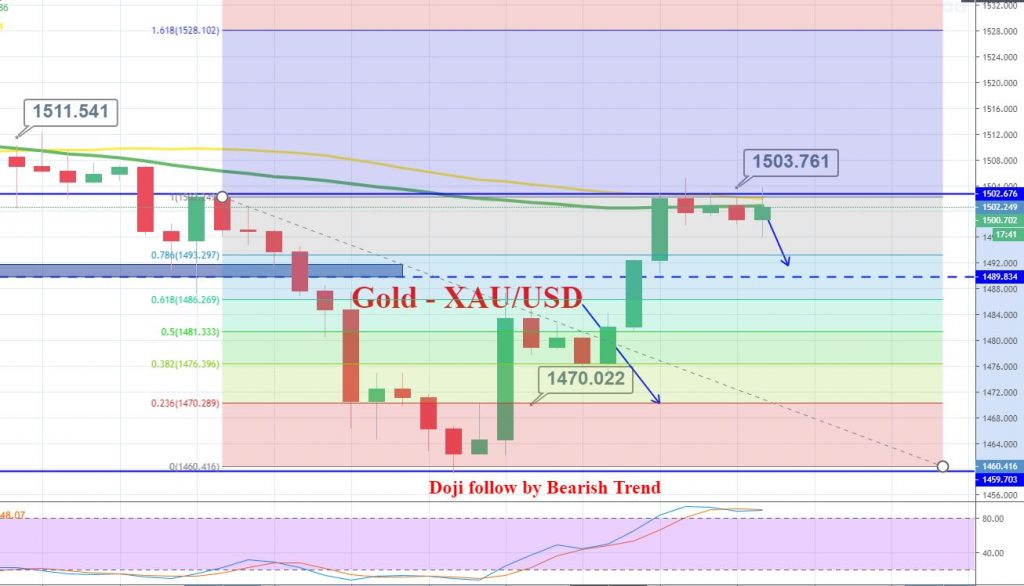