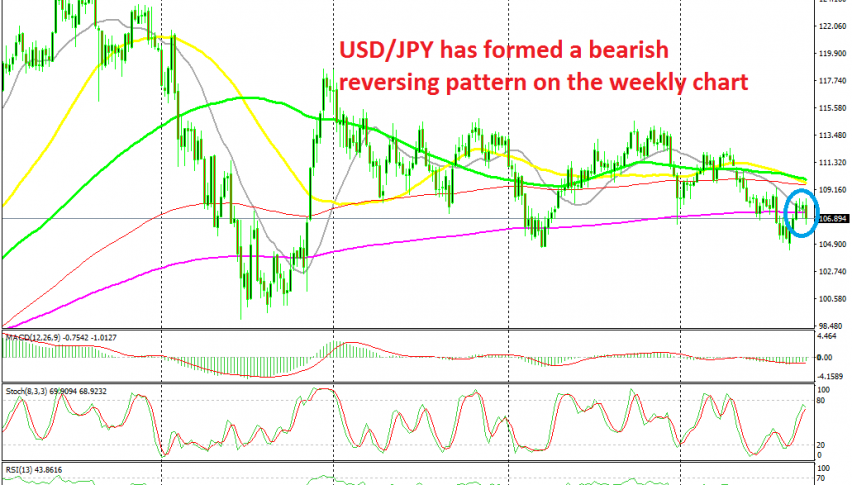 USD/JPY has turned bearish this week

USD/JPY has been bearish the entire year, as the global economy slowed considerably and the sentiment turned negative, helping safe havens such as the JPY. Although, we saw a retrace higher take place for most of September as the sentiment improved over positive comments coming from China and the US.

The USD was also attracting some decent bids, which helped this pair push higher. But, in the last two weeks, the price formed a doji and a hammer which are reversing signals and the buyers couldn’t push higher. That was a sign that the retrace might be over.

Besides that, the 20 SMA (grey) was providing sort of resistance on the weekly chart, while the stochastic indicator was nearly overbought. This week, after the two really weak ISM reports from the US, the Buck has turned bearish and the JPY has turned bullish. So the reversal is underway and this pair has two reasons to fall further now, a technical and a fundamental.