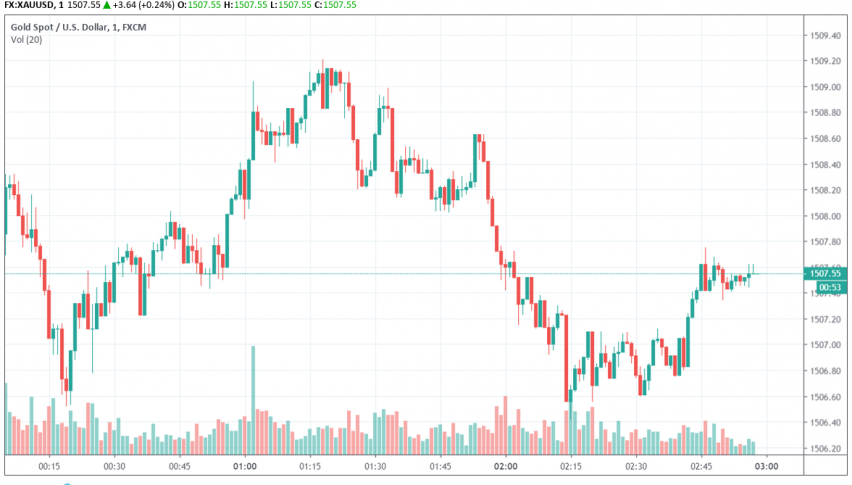 Gold prices are edging higher early on Monday over a slew of disappointing economic data releases from around the world during the previous week, reinforcing concerns that the global economic growth is slowing down. At the time of writing, GOLD is trading at a little above $1,507.

Gold traders are expected to turn their focus to the upcoming trade talks between the US and China scheduled to take place later this week. Any hint of progress towards a deal could improve the market sentiment and diminish the precious metal’s safe haven appeal. But for now, gold is trading cautiously optimistic over a trade war that has been ongoing for more than a year.

On Friday, US President Donald Trump signaled that there was a “very good chance” of working out a trade deal with China. However, his optimism failed to make much of an impact as a report suggested that Chinese officials may drag their feet on a broad trade deal proposed by Trump.

Gold also continues to remain supported over the ongoing impeachment inquiry into Trump following allegations by a whistlelower that he tried to enlist help from Ukraine’s President to investigate a business relationship of former VP Joe Biden’s son. In addition, the NFP report which released last Friday also revealed a slowdown in new job creation during September.

Forex & Commodities Trading Levels to Watch on Wednesday
11 hours ago