Should We Buy the Retrace Lower at MAs in NZD/USD? - Forex News by FX Leaders 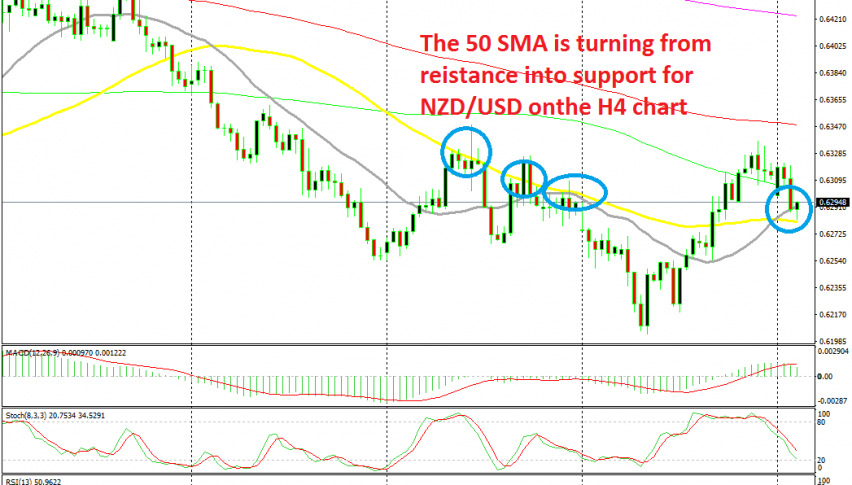 Should We Buy the Retrace Lower at MAs in NZD/USD?

NZD/USD is bouncing off the 50 SMA

NZD/USD has been on a strong downtrend since the middle of July. The trade war escalated further back then, which hurt the sentiment in financial markets and it became increasingly evident that the global economy was in great difficulty, which added to that sentiment.

Although, in the last few sessions we have seen this pair retrace lower. We heard the Chinese say early this morning that they want a narrower deal with the US, which hurt the sentiment a bit. Although, stock markets are still climbing, so the sentiment doesn’t seem to have been hurt too much by that. NZD/USD fell lower but the decline stopped at the 50 SMA (yellow). This moving average has been providing resistance on the way down together with the 20 SMA (grey) and now they seem to have turned into support.

This looks like a good opportunity to buy now, since the stochastic indicator is almost oversold, which means that the retrace lower is complete. But, the price has bounced off the 50 SMA now, so we will wait for the price to get closer to  average again, in order to buy.