GBP/USD Slides Below the 1.23 Level Again as EU and UK Blame Each Other for Brexit Deal Failure - Forex News by FX Leaders 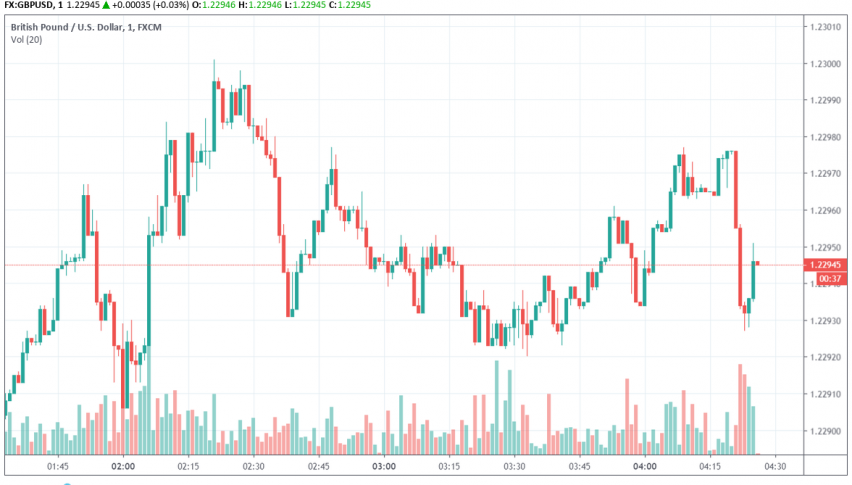 GBP/USD Slides Below the 1.23 Level Again as EU and UK Blame Each Other for Brexit Deal Failure

After a two-day bullish run, the pound has slid lower against the US dollar on Tuesday as the UK and the EU pointed fingers at each other for failure to reach a Brexit deal yet. At the time of writing, GBP/USD is trading below the 1.23 level at around 1.229.

On Monday, Downing Street blamed the European Union for not being more accepting of PM Boris Johnson’s final Brexit proposal presented during the previous week. According to a UK spokesman, “We are ready to have discussions at pace. For that to happen, the EU needs to engage fully with the proposals we have put forward”.

The EU has rejected Johnson’s plans get Northern Ireland out of EU’s customs union by creating customs check posts along the Irish border as an alternate to the Irish backstop proposal in the current withdrawal agreement.

The French President Emmanuel Macron and EU’s Chief Negotiator Michael Barnier have given the UK until the end of this week to come up with a deal that aligns with the EU’s interests. While the UK still remains hopeful that it will be able to get the EU to agree on a deal at the EU summit on October 17, the EU expects October 11 to be the final cut off for discussions on a Brexit deal.