The 50 SMA Turns Into Support for NZD/USD Indeed, As We Predicted Yesterday - Forex News by FX Leaders 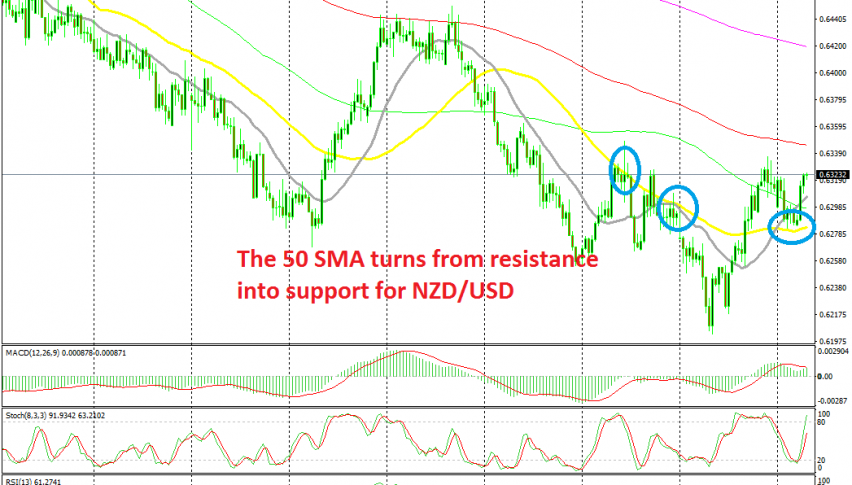 The 50 SMA Turns Into Support for NZD/USD Indeed, As We Predicted Yesterday

Buyer are back in control after bouncing off he 50 SMA

Yesterday NZD/USD was slipping lower as the sentiment turned negative during the Asian and European sessions. Chinese officials said that they want a narrower trade deal, but that might leave out some key issues for the US, which makes the deal even more difficult.

Those comments hurt the sentiment a little and rick assets such as commodity Dollars were getting hammered. But I predicted that the 50 SMA (yellow) would turn into support for this pair. This moving average has been providing solid resistance when the trend was down, so it was bound to turn into support at the first attempt from above, which it did, as shown by the H4 chart above.