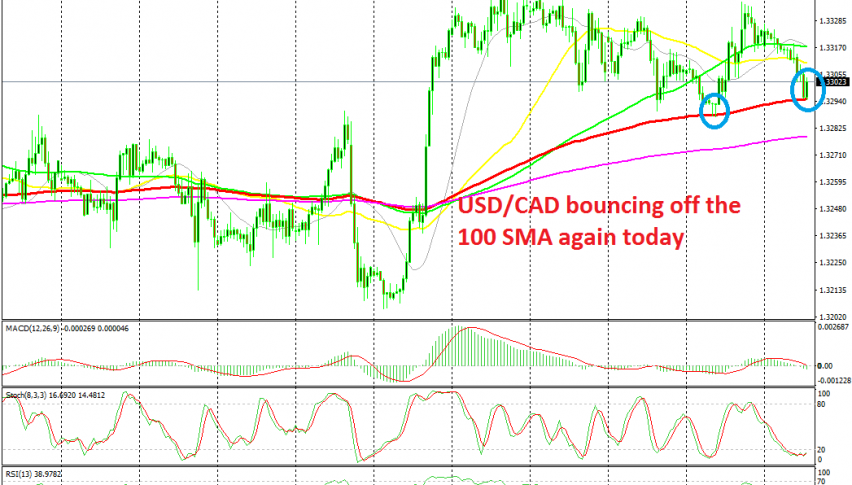 Buying the Pullback in USD/CAD at the 100 SMA

The 100 SMa is acting as support again

What’s real in this chart setup is the support that USD/CAD has formed this week below 1.33. In the last three days we have seen the price spill below 1.33, but it has stopped just below that level and has reversed up, which means that a strong support zone has formed down there.

We saw the last dip to that zone just a while ago today. The CAD attracted some bids as Crude Oil jumped around $1 higher. I can’t find any reason for the jump in Oil, but it has stopped for now and the decline in USD/CAD has stopped.

The decline stopped right at the 100 SMA (red) on the H1 chart which has also turned, standing at the support zone and reversing the price higher for the second time today. So, we decided to take this opportunity and go long on USD/CAD, after missing yesterday’s opportunity.