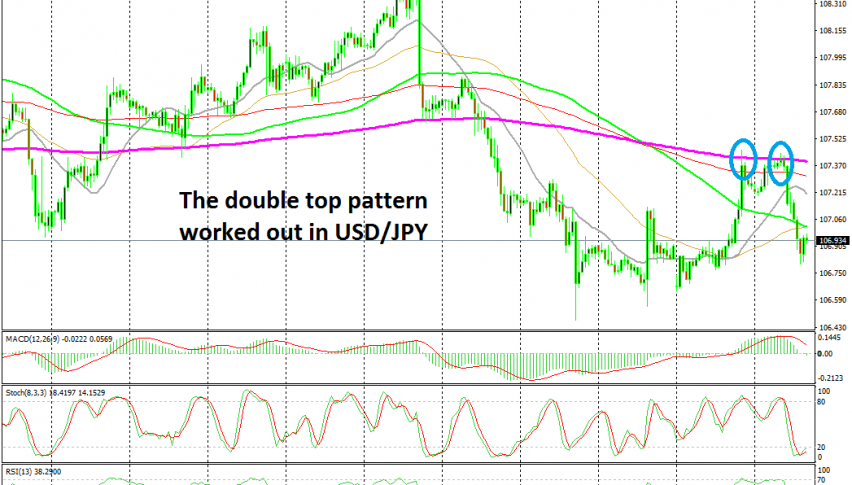 The retrace higher is over

USD/JPY turned bearish last week, losing around 200 pips. It had two reasons to decline: one was the really soft ISM manufacturing and non-manufacturing reports from the US which hurt the USD, and the other reason was that those soft reports hurt the sentiment in financial markets, which sent safe havens such as the JPY higher.

Although we saw this pair retrace higher yesterday as the sentiment improved in the US session, it didn’t last long. The 200 SMA (purple) on the H4 chart provided resistance yesterday. Today, buyers had another attempt at breaking it, but they failed again and eventually gave up.

Sellers took control after that and this pair turned bearish in the European session. The market sentiment has been deteriorating today, as China plays down expectations for the meeting with the US on trade. The US, on the other hand, increased the list of Chinese companies to sanction, so things are not looking too bright as the meeting approaches. Now, USD/JPY is pretty bearish again and if you switch to the H4 chart, you’ll see that there still plenty of room for this pair to run to the downside.

Shiba Inu Price Forecast - MAs Continue to Keep SHIB/USD Bearish, While Most of the Crypto Market Has Turned Bullish
3 days ago