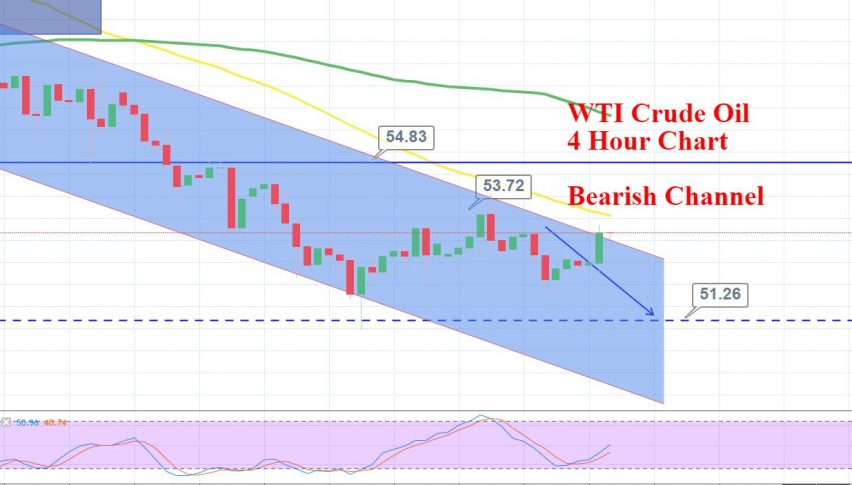 WTI Crude Oil – Everything You Need to Know Today

WTI crude oil prices fell for a third consecutive session due to intensified tensions between the United States and China. Besides, the fear and uncertainties for global economic growth and WTI crude oil demand also keep oil prices in check. The US industry data reported an unexpected rise in crude oil output, which is also weighing on crude oil prices.
The world’s top two economies’ high-level officials are ready to meet in Washington on Thursday and Friday in the wake of a recent effort to reach a positive outcome and end the long-running trade war that has slowed global economic growth.
The tension between the US and China increased further after the United States President Donald Trump imposed Visa restrictions on Chinese leaders in the wake of detention and misbehavior with Muslim minorities.

The Energy Information Administration is due to release the inventory data with a forecast of 1.8M build in inventories vs. 3.1M inventories build during the previous week.
As per the API (American Petroleum Institute) report, US crude inventories rose by 4.1 million barrels for the week ended October 4. This can be due to no trade deal sentiment between the US-China.

Crude oil is facingna slight bearish bias ahead of the EIA report as traders are expecting the EIA to report build in inventories due to its positive correlation with API report.

Crude oil is encountering stiff resistance extended by the bearish channel at 53 level. The RSI and Stochastics are pointing upward after testing the overbought territory.
The recent bullish engulfing pattern on the 4-hour chart is signaling the chances of a bullish breakout. The violation of the bearish channel at 53.10 can extend buying until 54.70 while the support continues to stay at 52.50.