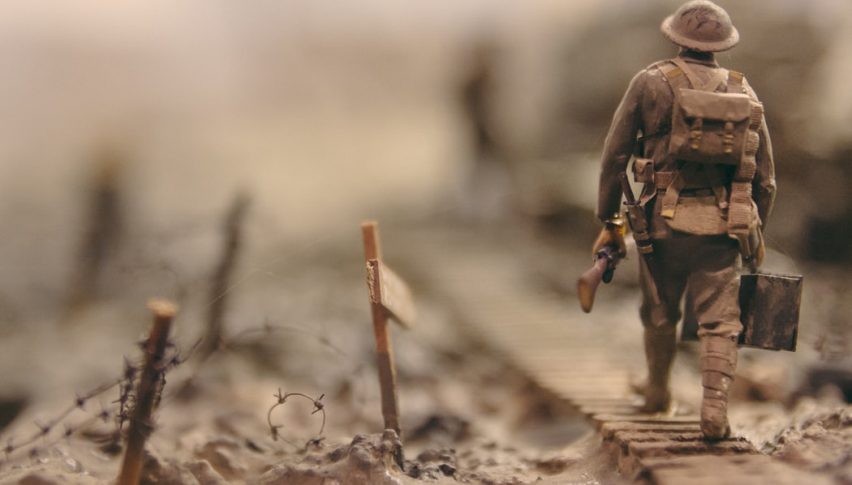 Gold was closed at $1505.48 after placing a high of $1509.720 and a low of $1486.84. The overall movement remained bearish that day. In a speech on Tuesday, Fed Chairman Jerome Powell hinted at the possibility of further action before the end of the year. This supported the Gold prices and made the trend bullish on Wednesday.

On Wednesday, Turkey began a military action in Northern Syria after US forces pulled back from the area. The invasion began with a series of airstrikes to hit Kurdish-controlled border towns.
Kurds were allies of the United States against Islamic State (IS) defeat in Syria.

Trump announced the withdrawal of US troops on Sunday from the border area after a phone call with Turkish President. The controversial decision of Trump was widely condemned at home and abroad. This news created safe-haven and increased demand for haven assets, including Gold. Gold prices rose sharply after the attack.

But the rise in Gold prices was pulled back a little when the Federal Reserve published its September meeting minutes on Wednesday in which it was mentioned that market participants might be anticipating more rate cuts than the Federal Reserve thought necessary to stimulate the economy.

Gold continued to move in Bullish trend on hopes for a third rate cut despite the Fed’s attempt to temper the market’s anticipation.
The scope of the dispute between the United States and China has expanded beyond trade issues and has created uncertainty around the US-China conflict. The sentiment around talks between both sides has swung back and forth between optimism and pessimism, which was followed by the Trump administration’s latest decision to blacklist Chinese companies two days before the talks.

Chinese Vice Premier Liu He will meet US Trade Representative Robert Lighthizer and US Treasury Secretary Steven Mnuchin on Thursday for trade negotiations. On Wednesday, reports from China stated that they were willing for a partial trade deal despite the blacklisting of Chinese firms by the United States. China has even offered to increase the purchase of Soybeans from American farmers as a measure of goodwill before trade talks. This news weighed on Dollar prices and aided in the upward trend of gold prices on Wednesday.

GOLD – XAU/USD – Daily Market Analysis
Gold traded sharply bullish during the Asian session to crossover 1,511 triple top resistance level. It placed a high of around 1,517, but the 4-hour candle managed to come back and close below 1,511 resistance, signifying the move was merely a fake-out.