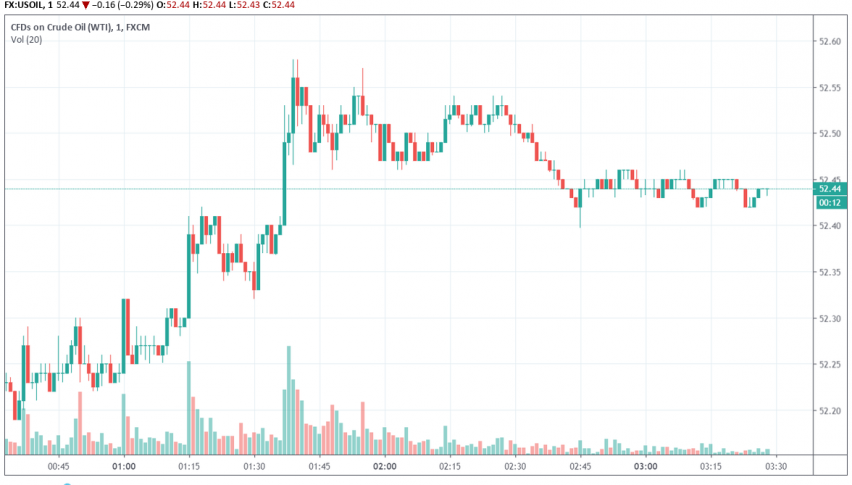 WTI crude oil prices continue their bearish run early into Thursday as hopes of a trade deal between the US and China anytime soon diminish. At the time of writing, WTI crude oil is trading around $52.44 per barrel.

In a recent Reuters report, Chinese officials expressed low hopes of progress in the latest round of trade talks with the US scheduled to start today. Trade tensions between the two countries have flared up this week over the US’s decision to blacklist more Chinese companies and impose Visa restrictions on some officials for ill treating Uighur Muslims.

Meanwhile, for some reason, US President Donald Trump’s optimism is yet to fade. On Wednesday, Trump once again shared that he felt there was a good chance for a trade agreement to be arrived at. The possibility of the trade war stretching on for longer has kept crude oil prices under pressure over concerns of weakening demand.

Crude oil prices have also slid lower following the release of the EIA report on Wednesday which revealed that US crude inventories climbed 2.9 million barrels higher during the previous week. Analyst expectations were for a rise of 1.4 million barrels.