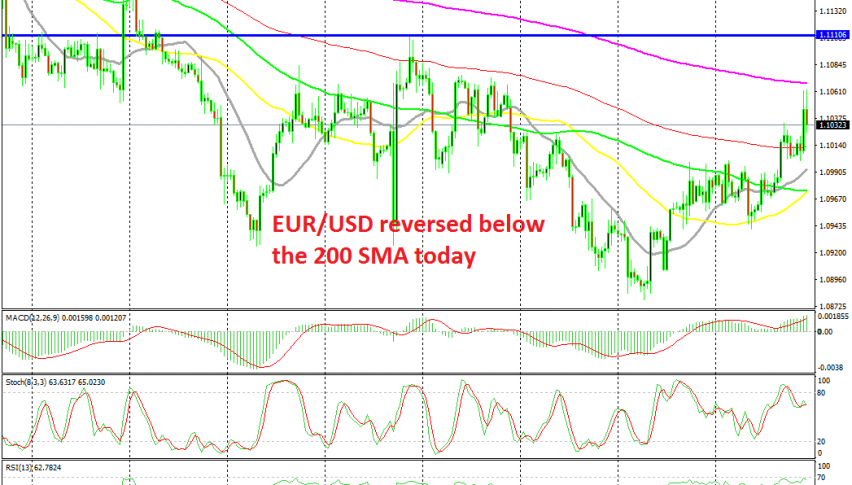 The climb has stopped for now

EUR/USD has been pretty bearish for more than a year,since it turned bearish in Spring last year. But, in the last two weeks the trend has changed. Whether this is a trend reversal or just another pullback higher before the downtrend resumes again, it remains to be seen.

But for now, the pressure is on the upside. The situation started to change last week after the really soft US ISM manufacturing and non manufacturing reports, which increased fears of a bigger economic slowdown than previously thought in the UK.

This week, the sentiment in financial markets has turned positive, especially in the last two days. Hopes for a Brexit deal and a partial trade agreement between US and China have improved the sentiment and as a result, risk assets which include the Euro as well have rallied higher.

EUR/USD broke above all moving averages on the way up, apart from the 200 SMA (purple) on the H4 time-frame. The price got pretty close to it and reversed back down, so the 200 SMA is acting as resistance now. If the trend is to reverse,then buyers should push above the 200 SMA, if not, then the price si bound to slip below the other moving averages. Although, the decision will be made next week, after we see how the trade talks between US and China end up.