What Difference A Day Makes, Or Two. But, Will It Last? - Forex News by FX Leaders 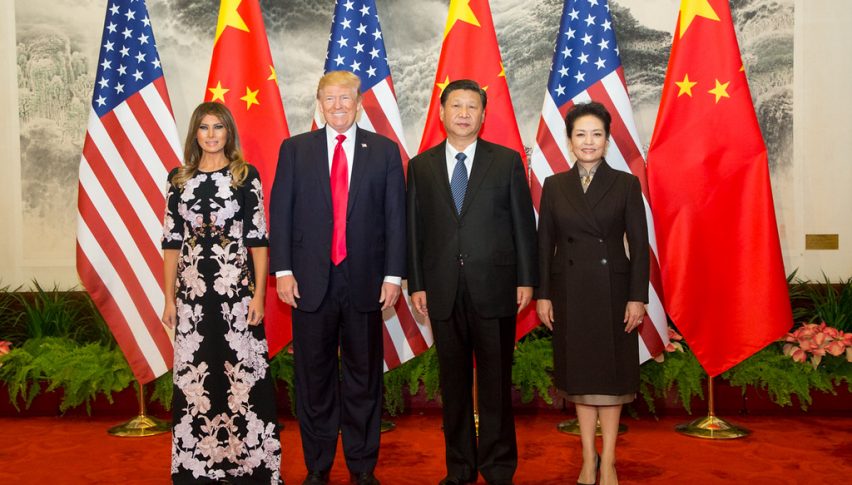 What Difference A Day Makes, Or Two. But, Will It Last?

During this year so far, it has looked increasingly like everything was going horribly wrong. The global economy which started to slow down last year entered a really weak phase this year, especially after Q1. The trade war has escalated, which has been the most visible reason for the weakening global economy, although another reason is also partly responsible for that, the monetary tightening that major central banks have applied in the last few years, especially the FED.

The previous UK Prime Minister Theresa May failed in all her attempts at getting a Brexit deal through the UK parliament and her successor Boris Johnson was taking the country out of the EU with or without a deal, until several days ago. But, the situation seems to be changing in the last few days, particularly on Thursday and Friday this week. A solution appeared out of nowhere for all these issues and the sentiment turned positive, sending stock markets and risk currencies up, while safe havens have slipped lower. So, what changed in the last couple of days? 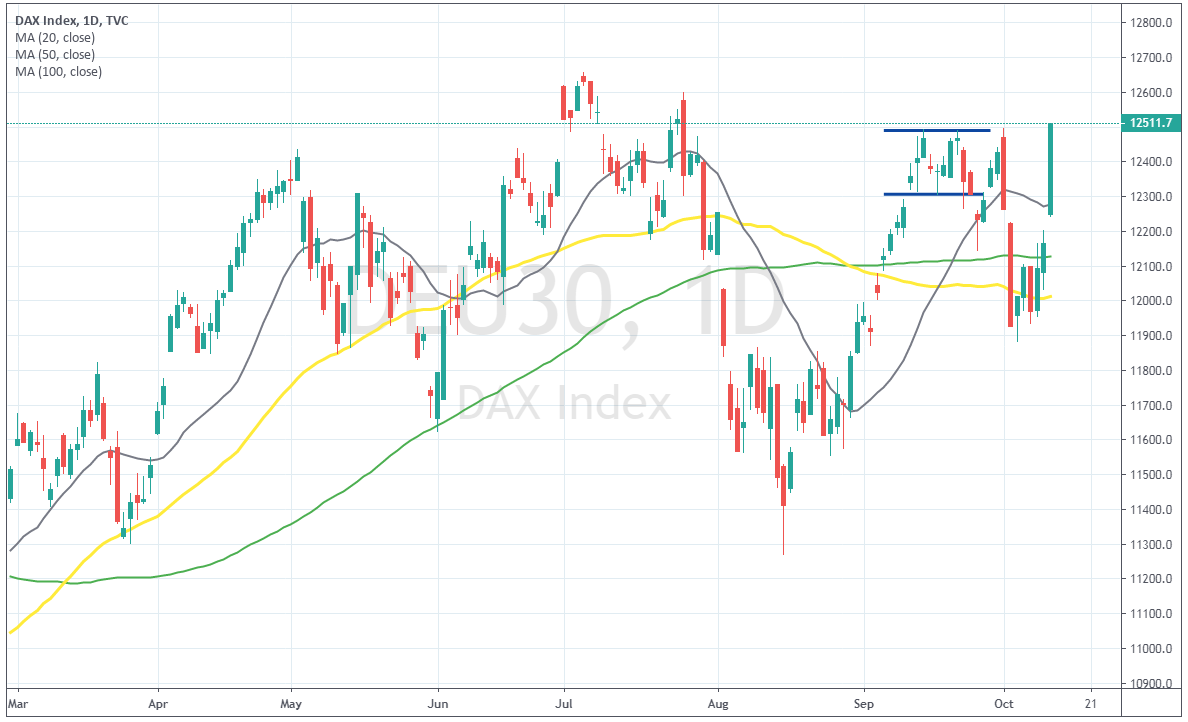 Dax has made quite a reversal inthe last few days

The trade war started about two years ago and it has been escalating continuously since then. The US started with $36 billion tariffs on Chinese goods which soon went up to $50 billion and as of now, they stand at $550 billion and plans are for more tariffs, which can bring the sum of tariffed goods to $650 billion. China on the other hand has retaliated with tariffs on $185 billion of US goods.

Besides that, the US has blacklisted a number of Chinese companies, most notably Hwauei. So, the sentiment leading to trade negotiations which started on Thursday wasn’t the best. But, there were hopes and by now some of the hopes have come true. Comments from US officials sounded pretty optimistic. The tariffs which were supposed to go live on Tuesday next week, haven’t been approved by Donald Trump. Mnuchin said that we have an agreement on financial services and on FX transparency.

US officials added that they have come to a deal on IP (intellectual property) rights, financial services and ‘big’ agriculture purchases. China agreed to $40-$50B in agricultural goods purchases. They have made progress on tech transfer, we will do more on that in Phase Two, so this is the Phase One of the deal. Trump also said that they will look at the blacklist and the companies that should be on it. They will look into Huawei in Phase Two. So, things seem to be going in the right direction and even if we don’t get a full deal, the partial deal is all traders need.

The possibility of a Brexit deal was diminishing with each day going by, as we headed towards the Brexit deadline on October 31. The UK opposition and some rebels within the Tory Party made it illegal to leave the EU without a deal last month, but even if another extension is granted, I don’t see the EU and the UK reaching a deal, if they don’t do it now.

But, in the last few days we have heard some positive comments form both sides. We heard rumours early this week that the EU was going to give some concession on the Irish border to the UK, but the DUP Party of Northern Ireland refused it and the parties retreated. Although, on Thursday the UK PM Johnson and the Irish PM Varadkar came out of a meeting with a joint statement which was the first joint statement between two Prime Ministers of UK and Ireland since the Brexit vote. The comments which followed, were positive and the EU released a statement saying that discussions have intensified. A deal is not done yet, but all comments point to it. After all, they have no other choice.

The Dovish Shift in Central Banks

All central banks turned bullish during the 2016-2018 period. They stopped the quantitative easing (QE) programmes and hiked interest rates, particularly the FED which hiked them around 910 times from what I can recall. The problem with this is that markets got used to central banks pumping cash into them. Now that they have dried up the liquidity to some extent, markets are feeling it and major economies have weakened considerably. Sure the trade war has had its impact, but a big impact on the global economic slowdown of the past two years has been this issue, central banks hiking rates too soon too early, especially the FED.

But, now they have all turned dovish again. All major central banks, whether they represent developed countries or big ones, have cut interest rates, apart from the Bank of England and the Bank of Canada, which still might do so. The ECB announced the reintroduction of the QE programme in the last meeting and the FED announced $60 billion in monthly Treasury bill buying program. They will basically purchase maturities up to one-year in a new repo facility twice a month. the Bank of Japan also hinted at such actions soon. The effects of this will start to show up soon and taking into consideration that a trade deal between the US and China is underway and a Brexit deal might also be reached, then the situation for financial markets and the global economy will inevitably improve considerably. It already started to in the last two weeks of this week as stock market rallied and I think it will last for years, despite a hiccup now and again.