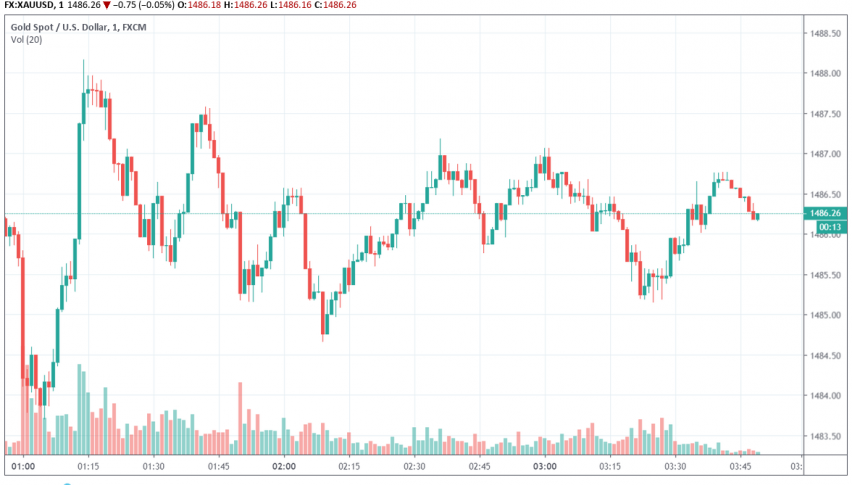 Gold prices eased lower early on Monday, trading bearish as the market sentiment improved on the announcement of the Phase 1 of a US-China trade deal late last week. At the time of writing, GOLD is trading at a little above $1,486.

After the high level trade talks between US and China concluded. US President Donald Trump presented the proposal for the first phase of a trade deal between the two nations aimed at diffusing the trade war that has plagued global financial markets for more than a year now.

The optimism surrounding a possible end to the trade war diminished the appeal for safe haven assets like gold, causing the precious metal to lose more than 1% on Friday’s trading sessions. For now, the risk-on sentiment is back in markets, with stock markets climbing higher while the dollar is also strengthening against major peers.