Daily Brief, Oct 18 – Everything You Need to Know About Gold - Forex News by FX Leaders 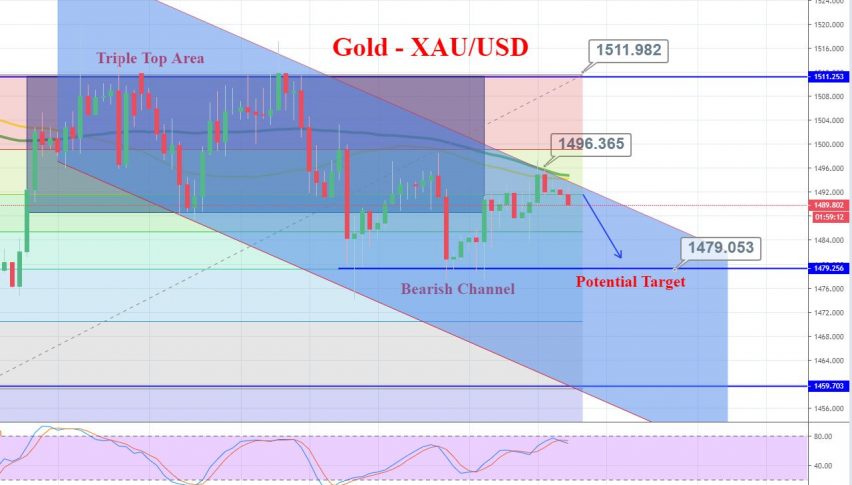 Daily Brief, Oct 18 – Everything You Need to Know About Gold

At 17:30 GMT, the US Building House Permits came as 1.39M against 1.34M expectations and supported the US Dollar.

On the other hand, the number of new buildings that began construction in the month of September was 1.26M against 1.32M expectations weighed the US Dollar. The US job claims for September came as expected, 214K.

The hope for the third rate cut by Fed this year increased after the weak macroeconomic data on Thursday weighed on the greenback. The US dollar index moved to its lowest level since August 26; hence, Gold prices moved in a bullish trend.

The upward movement of Gold was suppressed by the news from Turkey that it has decided on a ceasefire on Kurdish forces. The news sucked away the demand for safe-haven from the market and caused a decline in the rising rate of gold.

On Friday, Gold continues to trade below 1,497 resistance. This level has now become double the top level on the 4-hour chart. Whereas, the bullish trendline is supporting the metal around 1,488 today.

Overall, it’s an ascending triangle pattern, which typically breaks out on the upper side, which may help us determine further trends in Gold. A bullish breakout of 1,497 level may lead gold prices towards 1,503 today.

DOW Futures Test 38% Fibby
2 days ago
Inflation Has Stabilized in the Eurozone, But the ECB is Still Pessimistic
The ECB still remains pretty bearish, despite some green shots recently in the data, such as the manufacturing figures today
2 days ago
Comments