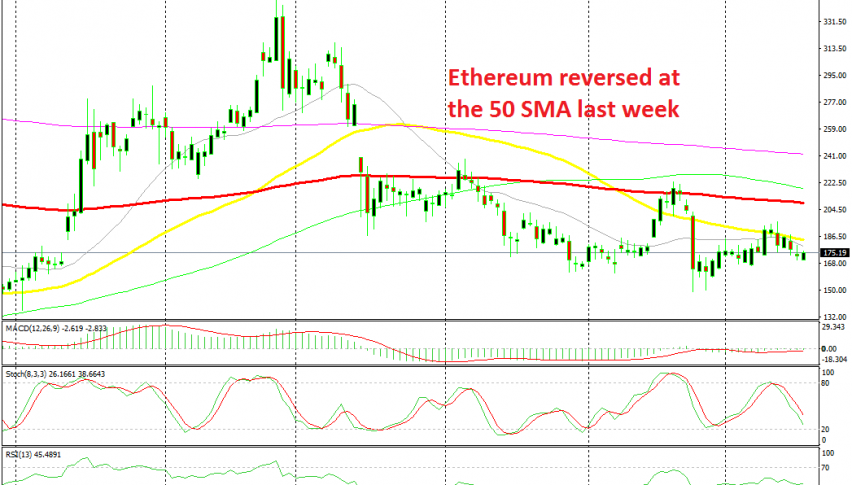 We should have sold Ethereum at the 50 SMA last week

Cryptocurrencies turned bullish in Q2 of this year after consolidating in Q1. ETHEREUM surged from $79, to above $360, which means climbing nearly $300, increasing the value by nearly 400%. But the price reversed at the end of June and it has been slipping down since then.

This month, the 50 SMA (yellow) has taken its turn. We saw a reverse higher at the end of September and the beginning of this month, but the climb stopped at the 50 SMA and the price reversed back down after forming a doji candlestick, which is a reversing signal.

So, Ethereum remains bearish and it will stay so as long as it stays below moving averages. If you are thinking of buying Ethereum, then wait for it to push above the 50 and the 100 SMAs, which would be a sign that the sentiment has shifted. For now, stay on the sidelines or stay short.

MAs Have Turned into Support for Ethereum, Pushing it Higher, Albeit Slowly
16 hours ago