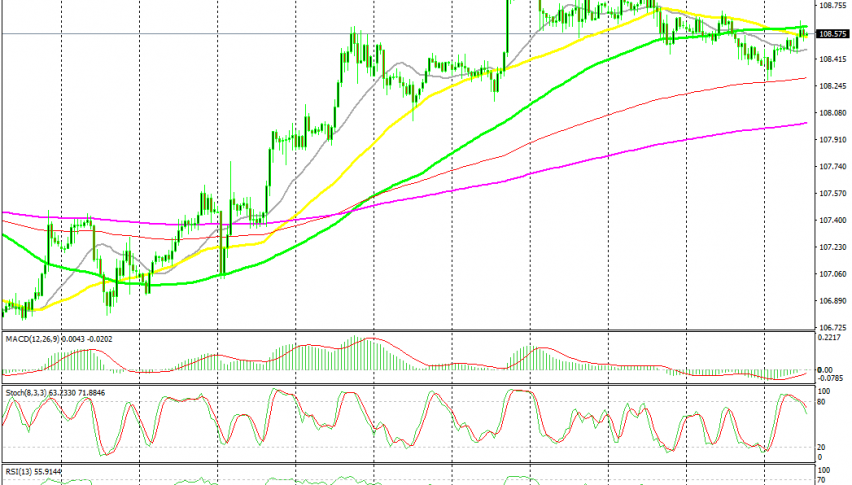 Selling the Retrace Higher on USD/JPY at the 20 SMA

Buyers are having a hard time pushing above the 20 SMA

USD/JPY has been pretty bullish in the past two weeks, as the sentiment improved in financial markets due to the partial trade deal between US and China, as well as the Brexit deal, which was reached between the EU and the UK last week. As a result, safe havens turned bearish and USD/JPY climbed around 250 pips higher.

But, towards the end of last week this pair turned bearish. A number of political actors in the UK refused Johnson’s Brexit deal which hurt the sentiment in financial markets, so USD/JPY turned bearish. So, it seems like the trend has changed for this pair and the sign for that is the fact that USD/JPY has slipped below the 20 SMA (grey) on the H4 chart.

This moving average has been providing support on the way up, so the traffic changed sides once the price moved below that moving average. The price has retraced higher today, but it hasn’t been able to move above the 20 SMA, which suggests that this moving average has now turned into resistance. The stochastic indicator is almost overbought in this time-frame, so I decided to go short on this pair below the 20 SMA.

USD Posts Rebound Session Across The Majors
15 hours ago