Finally it's time for the Brexit vote

It’s that time again when we get to see if the Brexit deal will pas the British parliament once again. This is the fourth attempt to pass the Brexit deal through the UK Parliament after the previous UK PM Theresa May consumed three attempts with hear Brexit deals, all of which failed to make it through. Chances for Boris Johnson’s deal passing the parliament are 50/50, considering the opposition and the DUP Party of North Ireland have made it clear that they won’t vote the deal. If that happens, then the UK will get another extension of Article 50 since the UK lawmakers made it illegal to leave on October 31 with no deal. We will likely have new general elections in the UK, so the uncertainty will be elevated.

Although DUP has softened the tones in the last few days, which is a good sign. Yesterday we heard the ERG offer their support as well. So, there’s a real chance that BoJo makes it this time and passes his Brexit deal. The GBP will surge in this case and GBP/USD will likely reach 1.35 in no time and remain bullish for a few days/weeks. But, looking at the longer term, the situation will still be quite uncertain. A Brexit deal doesn’t mean much without a trade deal, and the UK is not sure what trade deal it wants. It could be a Canada style trade deal with the EU, a Ukrainian, a Turkish, a Swiss or a Norwegian style deal. Whichever they pick, it is going to take years to be reached; it took 7 years for Canada. But, the transition period finishes at the end of 2020; so if a trade deal is not in place by then, the UK will end up with a no deal Brexit anyway, just 14 months later. Therefore, the situation will remain uncertain for a long time, deal or no deal. 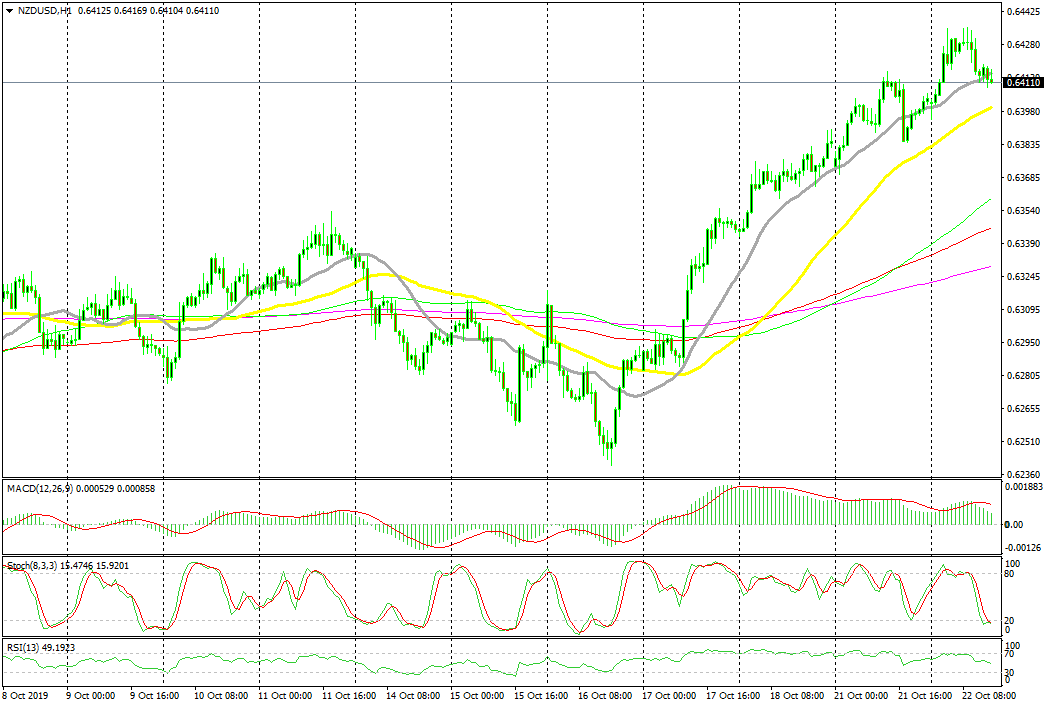 NZD/USD has turned pretty bullish in the last week or so. The market sentiment has improved, which helps risk currencies, while the USD has turned pretty soft recently as the FED turned dovish, cutting interest rates twice and preparing for another cut later this month. During the uptrend, the price has been finding solid support at the 20 SMA (grey) on the H1 chart which has been pushing it higher. Right now the price is back at the 20 SMA after retracing lower, but the pullback seems complete now as stochastic shows.

Markets continue to be pretty quiet, with most majors pairs trading in very tight ranges and the price action has been quite slow. There has been some volatility in the GBP as it moves up and down, but GBP traders are also waiting on the sidelines for the Brexit vote to take place.

Markets Choppy As Trump Threatens Twitter
5 hours ago
Services Are Making A Comeback Form the Dead in the US, As the Country Reopens
US Dallas FED services show a decent improvement in May, but still remain in contraction
6 hours ago
Comments