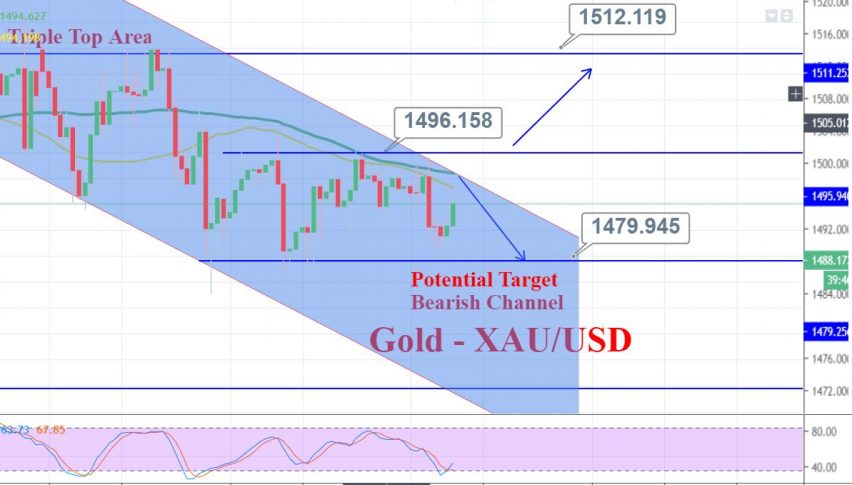 Gold’s Sideways Trading Remains Intact – What to Expect Next?

Gold prices closed at $1484.11 after placing a high of $1495.22 and a low of $1481.48; overall the trend remained bearish. On Monday, PM Boris Johnson attempted to push his revised Brexit deal through the UK Parliament to avoid the extension of Brexit. But his attempt was denied by John Bercow, the Speaker at the House of Commons. He said that it was unnecessary to bring out the same business for voting in one parliament session. However, PM Boris Johnson said that he would try again on Tuesday.

On the US-China trade deal front, Trump confirmed earlier this month that he and Chinese Vice Premier Liu He had agreed to a phase one deal after the high-level negotiations in Washington. The White House is now expecting to have a written agreement signed between both parties during the Asia-Pacific Economic Cooperation meetings in Chile during November. But the Chinese Premier has emphasized that continuous negotiations must be made on an equal basis to achieve a deal.

Gold prices remained near $1500 on Monday and moved in a bearish trend due to lack of macroeconomic releases from the United States, and the prices followed the previous trend.

Gold fell dramatically from 1,494 to 1,480 area after violating the bullish trendline support at 1,490 level. Gold was trading sideways within an ascending triangle pattern, which was extending resistance at 1,497 level. At the moment, gold may bounce off in the wake of bullish retracement. The initial target is likely to be 1486, the 38.2% retracement level. Above this, gold may go after 1,488 level, the 50% Fibo area.

Gold's Sideways Trend Continues - What to Expect on Friday?
2 days ago