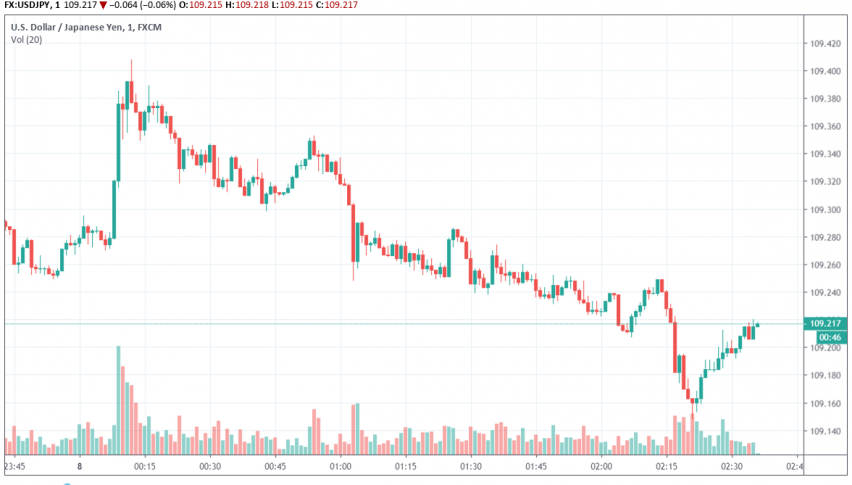 September witnessed a steep rise in household spending among Japanese consumers as they tried to beat the rush before the sales tax hike which came into effect from October. According to government data, household spending soared by 9.5% YoY and 5.5% MoM in September, rising at the fastest pace since this data was tracked.

Economists were expecting a rise of 7.8% for this period. What’s even more encouraging is that household spending rose for the tenth consecutive month during September, the longest upbeat streak in 18 years.

However, analysts remain cautious in anticipation of household spending contracting between October and December, immediately following the sales tax hike. The Japanese government had increased the sales tax from 8% to 10% in October after delaying this decision twice.

On the release of this positive news, the Japanese yen has strengthened slightly and turned USD/JPY bearish. The Guppy is trading at around 109.21 at the time of writing,