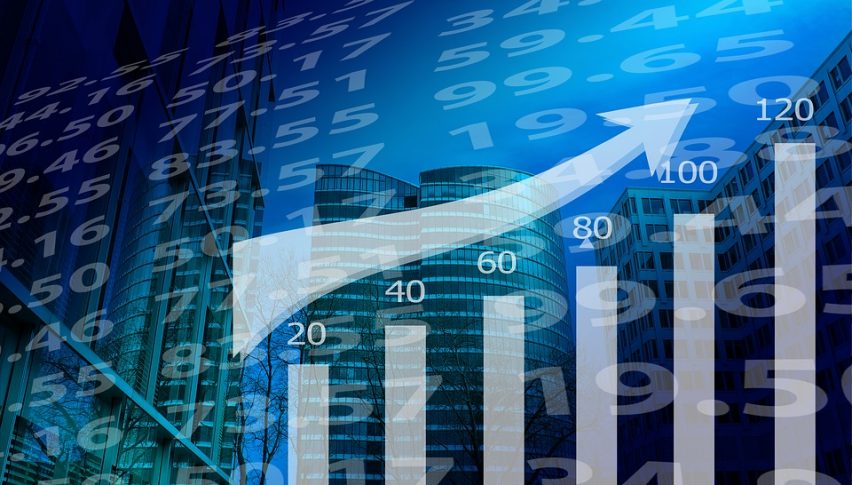 Stock markets have been pushing higher despite the trade war

Stock markets have been bullish, in like forever. Although, we have seen pullbacks lower, such as during the financial crisis in 2008-2009, or at the end of last year, as the global economy weakened, due trade tensions and tariffs from US, particularly due to the trade war between US and China. The global economy weakened further this year and analysts were expecting another dive in stock markets, with the trade war escalating further. But, apart from a few pullbacks, stock markets continue to climb higher and I think that they will keep climbing for several reasons.

The Trend Has Been Bullish Forever

If the trend has been bullish for so long, despite major events such as the financial crisis, why would you want to go short on any major stock market index? Yes, you can be short on smaller time-frame charts, but the long term trade in stock markets is to buy, as long as the trend remains bullish, which it has been done so for a long time. 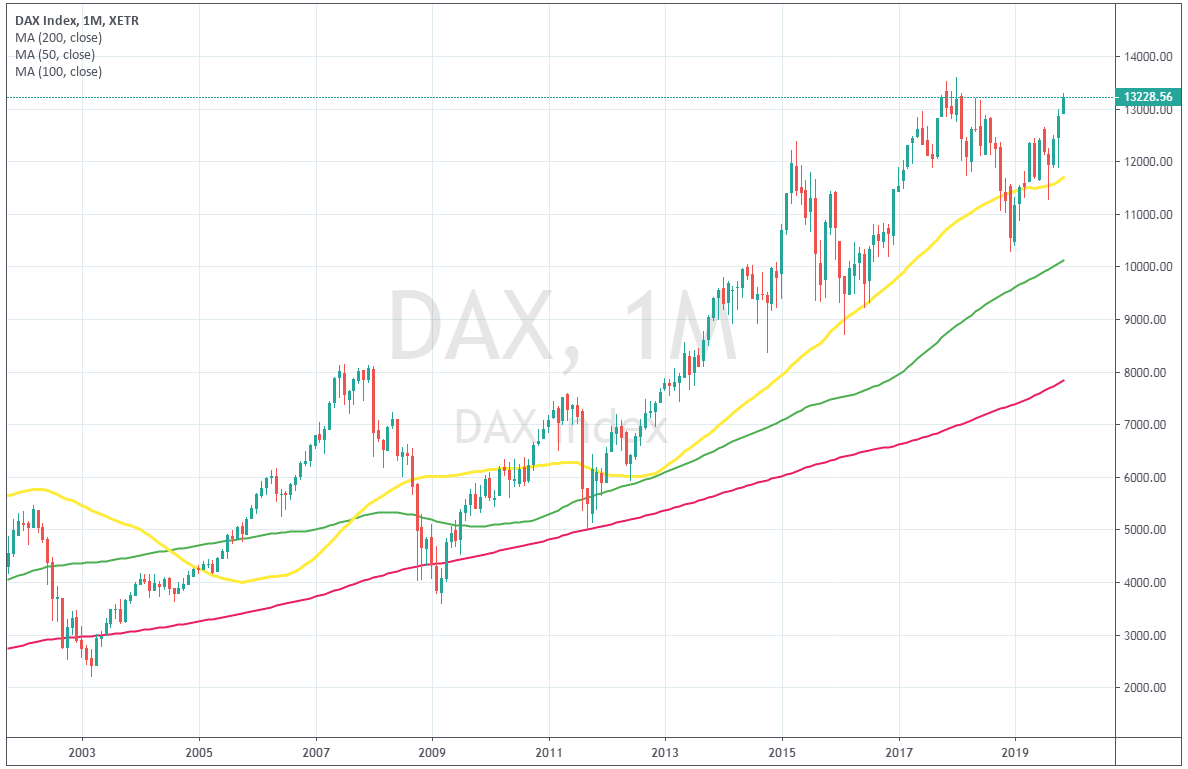 The uptrend is reaching 20 years old now in this Dax30 chart, despite global hiccups

Donald Trump started the trade tariffs game early last year, which turned into a trade war between US and China. This has been one of the main reasons for the slowdown in the global economy and the contraction in the manufacturing and industrial production. But, the trade tensions have cooled off in recent months. The US, Mexico and Canada reached a new trade deal after Donald Trump ripped NAFTA apart, so one of the fronts of this global trade war has been closed.

China and the US calmed the tones as well in the last two months. They are still far from reaching a full trade deal, but they are close to signing a partial deal which is called “Phase One”. They promised to roll back some of the tariffs as well, as they go ahead with the trade deal, which is yet another step in the right direction.

We heard some US officials say that they might postpone the “Phase One”  deal until December, but things are moving in the right direction nonetheless. So, this should keep stocks bullish, although it won’t be a smooth ride, because there will surely be ups and downs in this process until a full deal can be reached. But, the pullbacks in stock markets which might occur when the parties move apart, would be great opportunities to buy.

Central Banks Starting Another Monetary Easing Cycle Across the Globe

The central banks started a massive monetary easing cycle after the global financial crisis of 2008. They have been pumping up cash through massive QE (quantitative easing) programmes and by cutting interest rates. The European Central Bank (ECB) the Swiss national Bank (SNB) and the Bank of japan (BOJ) already have negative rates. This has helped stock markets immensely.

But, they started pulling back the monetary policy, ending the QE programmes, with the ECB doing so last year. Some of the major central banks have been hiking interest rates and the FED has been at the forefront, increasing rates nine times until December last year. Donald Trump has been condemning them for doing so and it proved eventually that he was right. The contraction in the monetary policy has been one of the main factors for the slowdown in the global economy, apart form the trade war.

But now, central banks have panicked and they have made a 180 degree turnaround. The ECB cut interest rates further, bringing deposit rates to -0.50% and started another QE programme this month, which will last who knows for how long. The FED, the RBA and the RBNZ have already cut interest rates by 0.75%, while some of the central banks in the developing world have lowered rates much more. This has already had a positive impact in financial markets, which also improved the sentiment for risk assets,such as stock markets. They are expected to ease the monetary policy further.

All these events go in favour of risk assets. If Brexit takes a direction after the general elections in the UK, it will also help. So, stock markets will remain bullish for the foreseeable future, unless the global economy falls in deep recession or a war breaks out and pullbacks on larger time time-frames, such as the daily, weekly or the monthly charts should be seen as good opportunities to buy major indices,such as Dax30, S$P500, FTSE, Dow Jones etc.

No Stimulus And The Markets Don't Seem To Mind
5 hours ago
BOE's Bailey Promisses No Negative Rates
BOE governor Baily, said earlier that negative rates are there, but not to touch them
7 hours ago
Comments