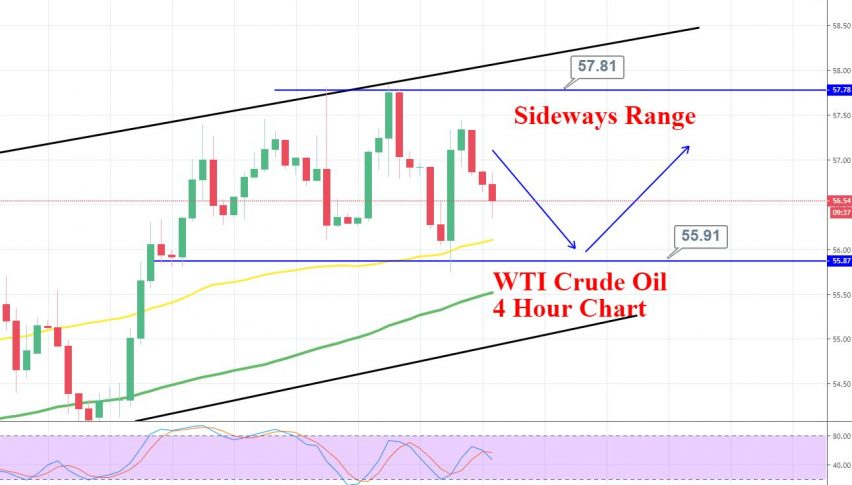 WTI crude oil prices are flashing red as the United States President Donald said that trade talks with the dragon nation are going very nicely but instantly denied that the two sides have agreed to remove the tariffs on each other’s goods.

Additionally, weighing on the market were data over the weekend, which showed that China’s producer prices declined the most in more than three years in October.

On the other hand, the OPEC Secretary-General Mohammad Barkindo stated last week that the outlook of the crude oil market for 2020 will likely hit the upside potential, suggesting that there is no need to cut inventories more.

The OPEC+ alliance agreed early this year to cut output by 1.2 million barrels per day from January until March 2020 to support crude oil prices.

WTI Crude Oil – Technical Outlook
Technically, crude oil has formed a bearish engulfing pattern on the 4-hour chart, which is likely to keep crude oil bearish until 56.25 area. The violation of this level can extend further selling until 55.45.

The RSI and Stochastics are holding in the selling zone, suggesting chances of bearish sentiment in the market. 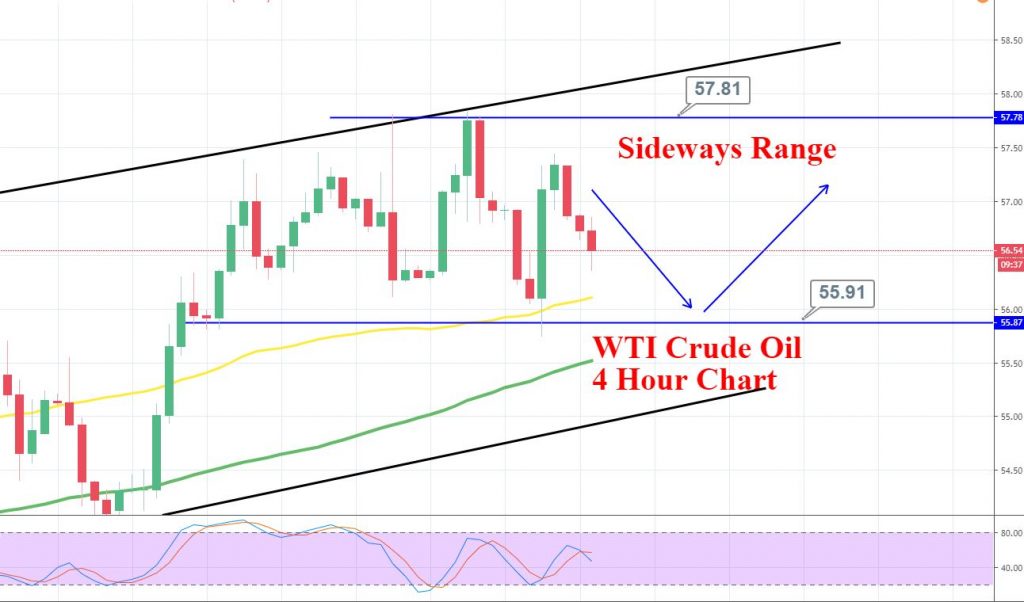 On the upper side, the immediate resistance is likely to stay at 56.60, and continuation of this level can extend further buying until 57 levels.

USD Continues To Labor Vs The Majors
34 mins ago