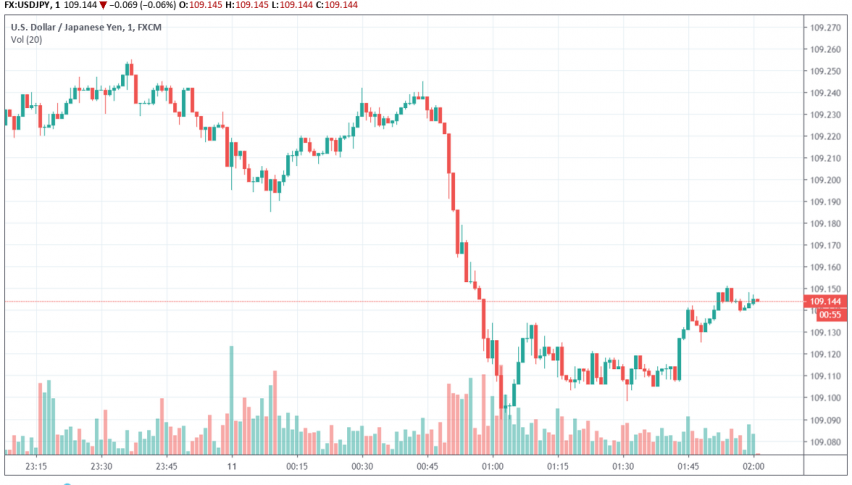 Japan is due to release its GDP figures later this week, and economists are expecting the GDP to have slowed down to +0.8% in Q3 from +1.3% in Q2 2019. On the release of this news, the Japanese yen has failed to show any reaction so far. At the time of writing, USD/JPY is trading somewhat steady around 109.14.