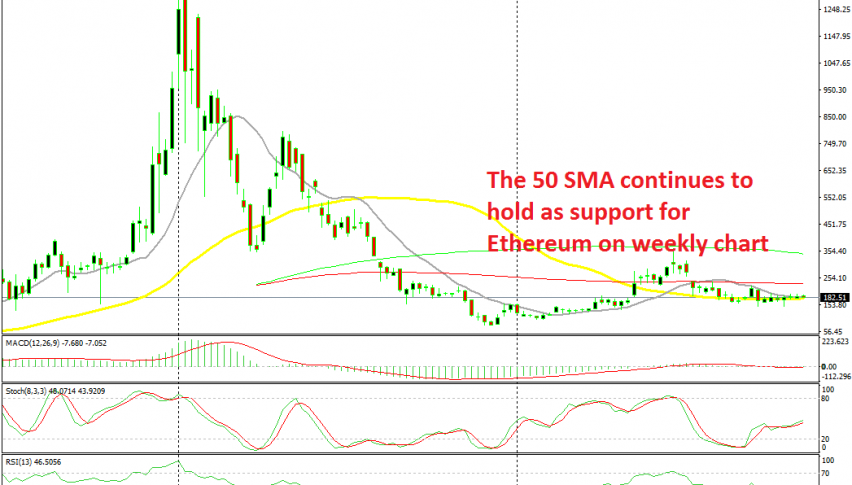 MAs Still Holding for Ethereum Despite the Decline in Bitcoin

The retrace down is complete now

Cryptocurrencies have had an interesting year so far. The volatility is nowhere near what we saw in the previous two years, but the price action has been interesting nonetheless. In Q1, most major altcoins consolidated in a tight range, while in Q2 they made a bullish move.

In Q3, the price reversed down again, while in Q4, digital currencies have been trading sideways again. Although, the decline in Q3 wasn’t too substantial and all major cryptocurrencies stalled much higher than the previous lows. The decline stopped at $150 for ETHEREUM, as opposed to $80 which we saw at the end of last year.

This is a sign that the trend has shifted to bullish now. The first wave of the uptrend took us to the 100 SMA (green) on the weekly chart, then the second wave took the price down, but above the previous highs during this retrace lower. The next move will probably take Ethereum above the 100 SMA. The 50 SMA (yellow) is doing a good job in providing support for this altcoin, so once the selling pressure which we have been seeing in BITCOIN is over, the next bullish wave will begin for Ethereum.