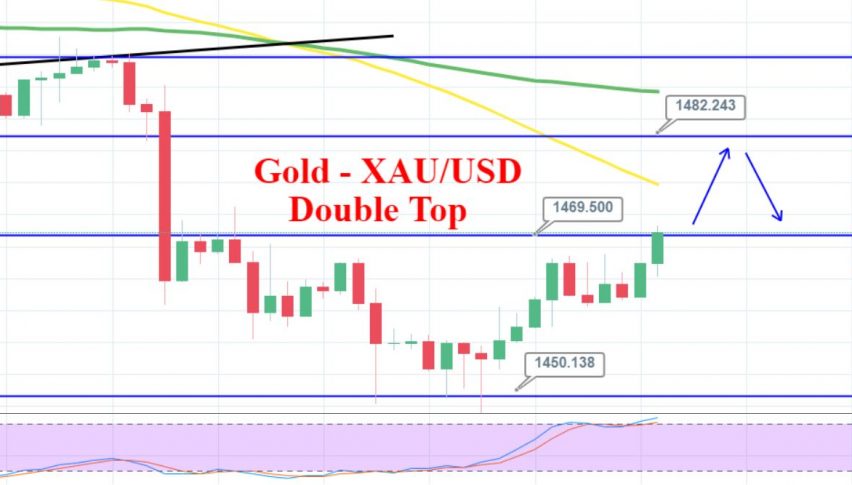 The safe-haven-metal prices rose mainly due to the release of weak economic data from China, Japan, and Australia, as well as because of the uncertainties surrounding the United States and China trade deal. A group of unexpected economic weak data provided support for the yellow metal because as we know, gold is a safe-haven asset.

President Trump recently said that China committed to buying up to $50 billion in US soybeans, pork, and other agricultural products as part of a phase one trade agreement. But China is unwilling to quantify its farm purchases now, watch instantly activated a risk-off sentiment in the American markets that destroyed the Wall Street party.

Three white soldiers which were formed on the 4-hour chart have driven the bullish trend in the gold, and it targeted the suggested level of 1,466. At the moment, gold is facing a hard time violating the double top resistance level of 1,467 level, and gold has also formed several Doji, and test bar candles, which are signaling that bulls are exhausted and need a boost from fundamentals to break above.