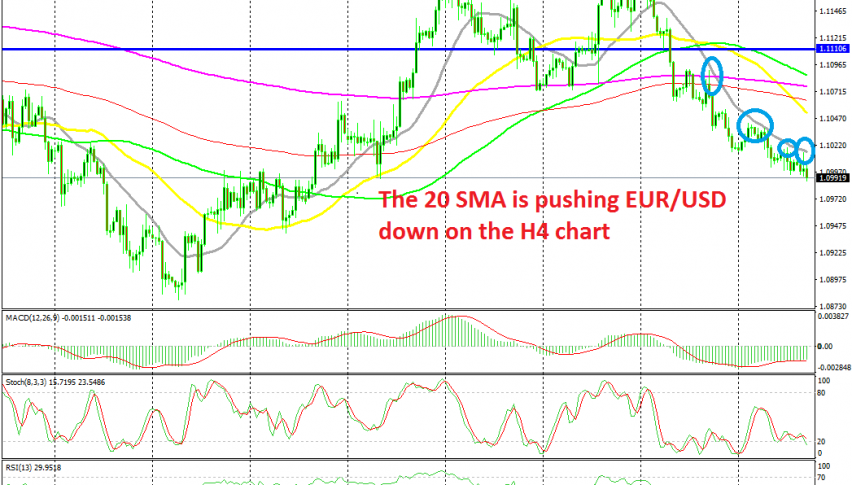 The downtrend stretches further for EUR/USD

EUR/USD turned pretty bullish in October as the USD turned bearish, due to worsening manufacturing activity, which has been contracting in the last three months. This pair climbed exactly 300 pips from the bottom to the top, but the climb ended at 1.1170.

This pair formed a double top pattern at that area, which we highlighted last week, and it seems that the pattern is working out well. The neckline of this double top pattern which came at the 200 SMA (purple) on the H4 chart was broken last week and it turned into resistance immediately after that.

Although, the 20 SMA (grey) has defined the bearish trend in the last two weeks. This moving average has been providing resistance on pullbacks higher; this morning was the last example when EUR/USD jumped higher after German GDP report showed that the German economy expanded by 0.1% in Q3, as opposed to -0.1% expected. But, the 20 SMA stopped the climb and reversed the price down once again. 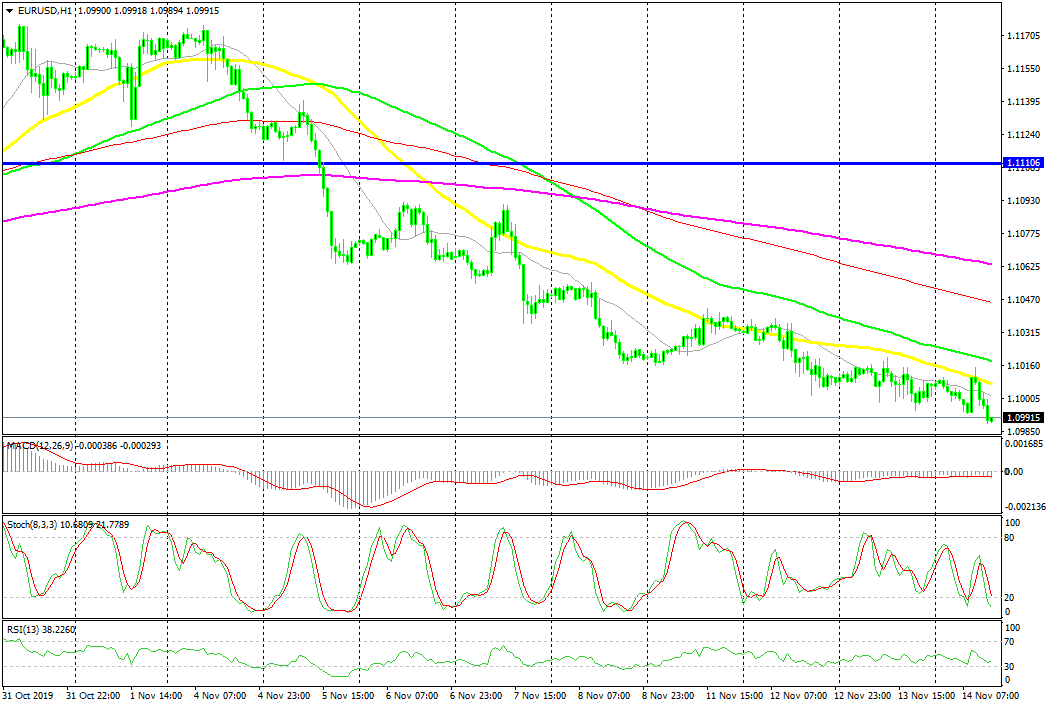 On the H4 time-frame, we have the 50 SMA (yellow) which has been doing that same job. This moving average has been providing resistance three times in the last two weeks. The last time was this morning, when the 50 SMA provided resistance and EUR/USD reversed back down after forming an upside-down candlestick at the 50 SMA.

The miss in employment change also had a negative impact on the Euro, so the bearish trend has resumed again for this pair. So, smaller period MAs are pushing this pair lower and it shows that the trend is pretty strong. 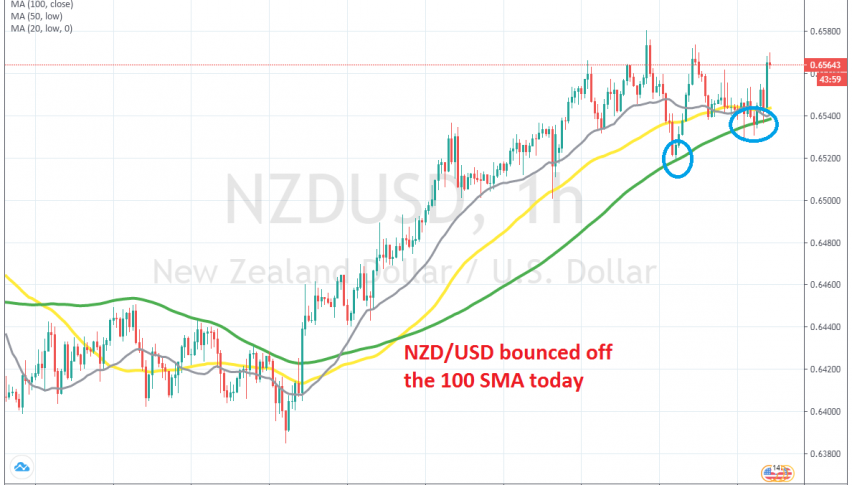 NZD/USD Resumes the Uptrend, As MAs Hold
7 mins ago
Hard Brexit Comments From Merkel Should Keep GBP Bearish
Merkel is hinting about a hard Brexit, which has turned the GBP bearish
1 hour ago