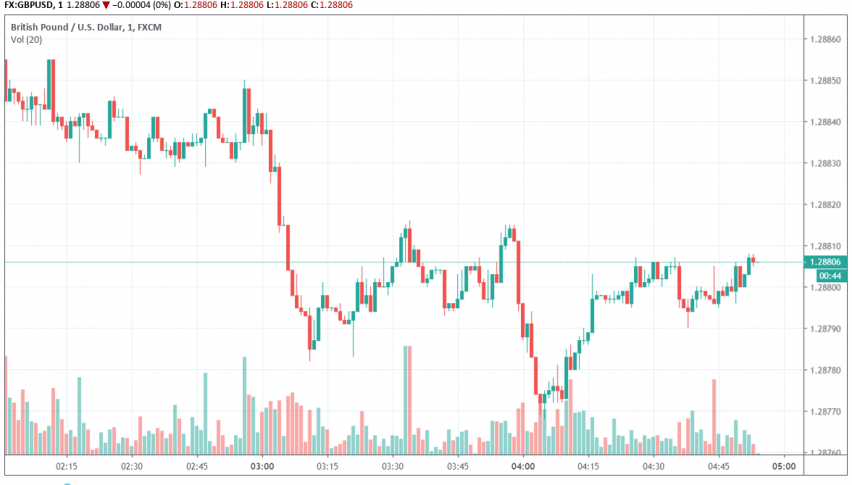 Early on Friday, the Pound is trading steady against the US dollar after edging higher over a weakness in the greenback earlier this week. At the time of writing, GBP/USD is trading at around 1.288.

The pound continued to trade strong, unaffected by the release of UK’s retail sales figures for October on Thursday. According to the ONS, retail sales rose 0.2% in the three months to October, the slowest pace of growth since April 2018. The overall quantity bought in October 2019 declined by 0.1% MoM, with growth seen only in sales at fuel and department stores during this period.

Meanwhile, campaigning for the general elections on December 12 is heating up, with Brexit Party leader Nigel Farage stating his intentions to challenge Johnson’s Conservative Party in the remaining seats, other than the 317 where he has said that his party will stand down against the Tories. Farage has stated that he is not keen on entering a pact with the ruling Conservatives but wants to focus on getting Brexit done right.