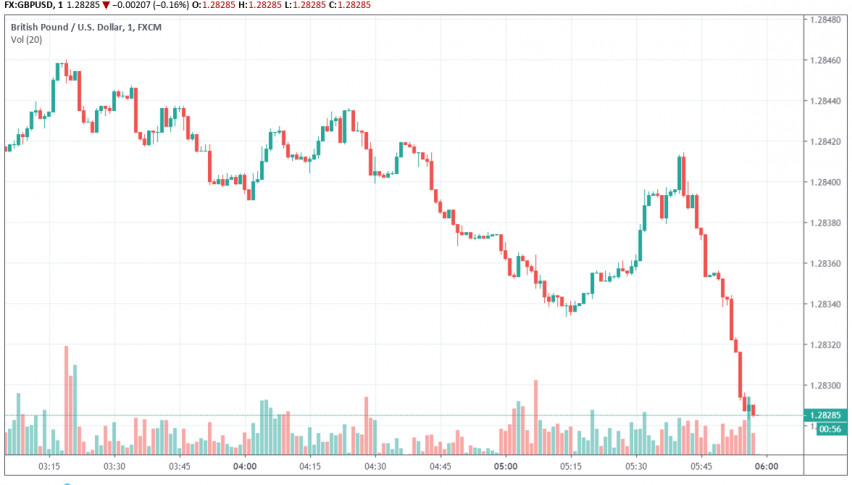 GBP/USD Holds Above 1.2800 as Hopes Rise for Conservatives’ Victory

The Pound continues to hold above the 1.2800 level against the US dollar on receding risks of a hung Parliament in the aftermath of the December 12 general elections. At the time of writing, GBP/USD is trading at around 1.282.

On Wednesday, official data released revealed that UK’s inflation levels slid to their lowest in almost three years during October. While the weaker inflation report increases the likelihood of the BOE cutting interest rates and turning dovish soon, the Pound traded mostly unaffected by this news over rising optimism of a victory for the ruling Conservatives.

The GBP was boosted earlier this week after Brexit Party leader Nigel Farage confirmed that his party will field candidates only against anti-Brexit parties, reducing the risk of a hung Parliament and increasing the possibility of PM Boris Johnson getting his latest Brexit Bill passed through the Parliament before the next deadline.

Meanwhile, outgoing European Council President Donald Tusk once again warned against the dangers of Britain leaving the EU. In a speech at the College of Europe in Bruges, Tusk remarked that Brexit would bring about the “real end of the British Empire”.