Gold Breaks the Resistance at the 50 SMA, After Jumping on China Comments - Forex News by FX Leaders 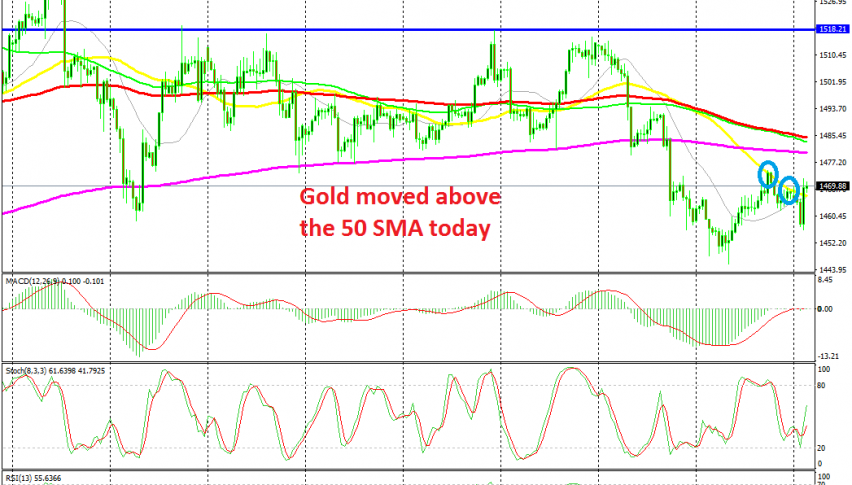 Gold Breaks the Resistance at the 50 SMA, After Jumping on China Comments

GOLD has been trading sideways during most of October, which showed uncertainty in financial markets, but this month it turned bearish, as the USD turned bullish. As a result, Gold lost around $70 from top to bottom, during the previous couple of weeks.

In the second half of last week, Gold retraced higher, particularly after Jerome Powell’s comments during his testimony at the US Congress, where he said that nothing is booming in the US economy. But, Gold reached the 50 SMA (yellow) on the H4 chart late last week, which provided resistance.

This moving average rejected the price and Gold slipped lower. It seemed like the bearish trend would resume again for Gold at some point today in the European session, but it made a quick reverse and jumped higher after comments coming from China.

Apparently, China feels pessimistic regarding the trade deal with the US, since Donald Trump is not rolling back existing tariffs. As a result, Gold jumped more than $15 higher and now it looks quite bullish. If tariffs don’t roll back, the 200 SMA (purple) should be next then.