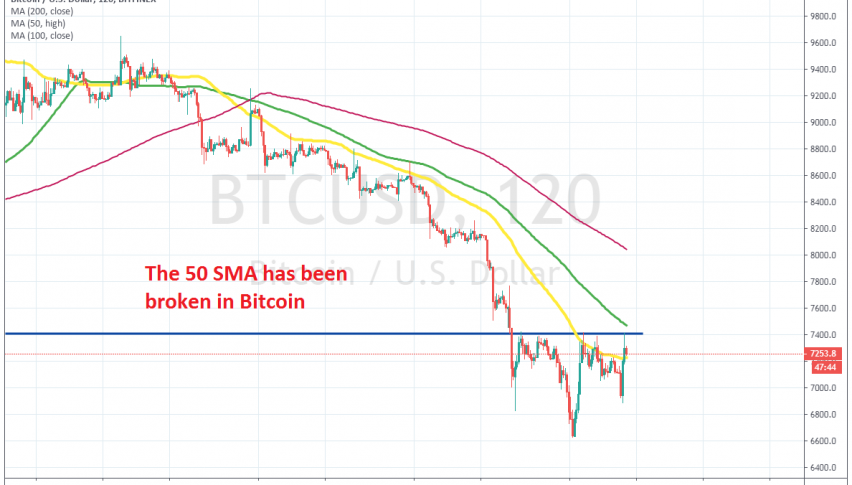 Bitcoin Moves Above the 50 SMA But Retreats at Resistance

The 50 SMA might turn into support for Bitcoin now

BITCOIN turned bearish in Q3, after surging higher in Q3. During the decline, moving averages were providing support on the way down, but turned into resistance once broken. Towards the end of October, the price fell to $7,200s, where Bitcoin formed a bottom.

But, we saw a jump before October ended. Bitcoin jumped from the bottom to $10,500, which means a 50% gain in value. But the climb ended and since then Bitcoin has been bearish. The price reached the previous bottom and  at the end of last week, Bitcoin broke below that support zone.

Sellers pushed as far as $6,200 in the last few days of last week. Although, we saw a bullish reverse higher this week . The price found resistance at the 50 SMA (yellow) this week, which reversed the Bitcoin down twice, but buyers returned again and today they managed to push above that moving average.

But, they failed to push above $7,400, which seems to have turned into resistance now.  The price has slipped back down again, but the 50 SMA is giving signs that it might turn into support now. If the signs increase and the 50 SMA holds, then this might be the start of a larger bullish reversal.otherwise, more downside action is expected for Bitcoin. 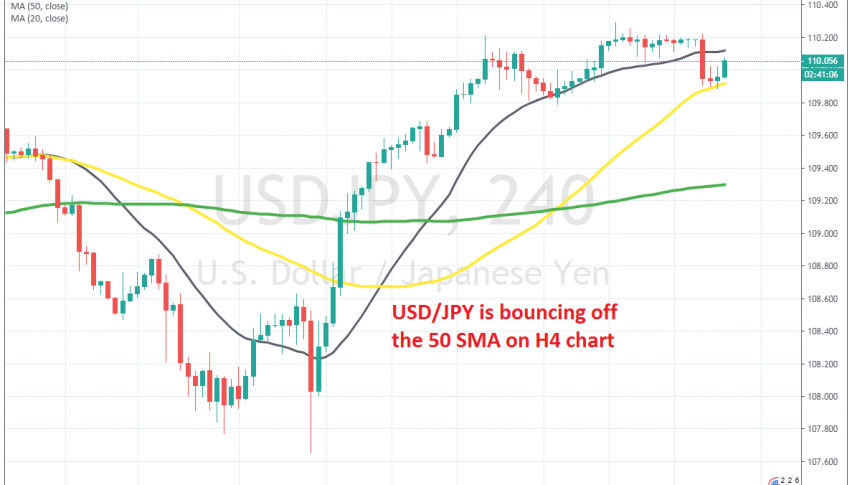 One MA Goes, Another Comes to Rescue as Support for USD/JPY
14 hours ago
Comments