Daily Brief, Dec 2: Everything You Need to Know About Gold Today - Forex News by FX Leaders 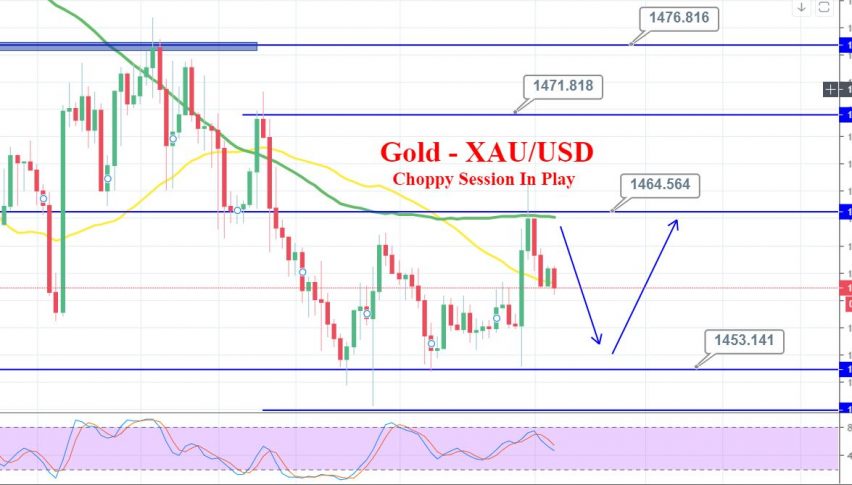 Daily Brief, Dec 2: Everything You Need to Know About Gold Today

Welcome back to another exciting week. During the previous week, the yellow metal gold prices closed at $1463.86 after placing a high of $1466.56 and a low of $1452.92. Overall the trend for Gold prices remained bullish that day.

The latest support from President Donald Trump for Hong Kong protesters was seen as a threat to the proposed phase-one trade deal between China & the US and raised the demand for safe-haven assets like the yellow metal.

On Wednesday, Trump signed the Hong Kong Human Rights & Democracy Act and passed it into law, which would allow the US to impose trade sanctions on China if it goes against its obligation to respect Hong Kong’s autonomy. Due to US Thanksgiving holiday on Thursday, the reaction of the market on this news was delayed and was seen at the ending day of the week.

The reaction from China on such action by Trump was as expected; they furiously condemned the signing of pro-Hong Kong U.S. legislation. Beijing summoned the ambassador of the United States in the act of protest and warned that this move would hurt the cooperation with Washington.

When China took control in 1997, Hong Kong, a former British colony, was granted semi-autonomy of “one country, two systems” arrangement. In April 2019, the extradition bill was introduced, which allowed criminal suspects to be deported to mainland China under certain circumstances. The protests in Hong Kong started in June 2019 against the plans to allow deportation to mainland China.

Opponents feared that this could destabilize judicial independence and endanger the protesters. They argued that the bill would give China greater influence over Hong Kong and could be used to target journalists & activists.

Hundreds & thousands of people took to the streets against this bill, and after few weeks of protests, the leader, Carrie Lam, said that the bill would be suspended. But protesters feared that it could be revived, so they continued calling for it to be withdrawn altogether.

Meanwhile, the clashes between police and protesters escalated and became more frequent and violent. In September, the bill was finally withdrawn, but demonstrators called it “too little, too late” and continued protesting with more demands.

Rallies supporting the protesters of Hong Kong spread across the globe, including countries like the UK, France, the US, Australia, and Canada. Chinese President, in response, warned against the separatism and said that any attempt to divide China would end in “bodies smashed and bones ground to powder.”

After five months of protesting, Hong Kong called the US for help against China in October; in response to the request, US Senate then passed a Hong Kong Human Rights & Democracy Act in favor of Hong Kong protesters in November. Chinese government strongly condemned it and warned the US to not interfere in internal matters & that severe countermeasures would be taken by them in case of passing this act as a law.

Last week, Trump ignored the threats by China and put the progress of the Phase-one trade deal at stake by signing the legislation in support of Hong Kong. Trump’s approval of the bill was not expected with the progress in ongoing trade talks between US & China’s trade officials, so traders reacted to this news after Thanksgiving Holiday as a threat of escalating 16-month trade war.

Gold was supported by increased tensions between the two largest economies of the world on Friday in the absence of any macroeconomic data from the US. 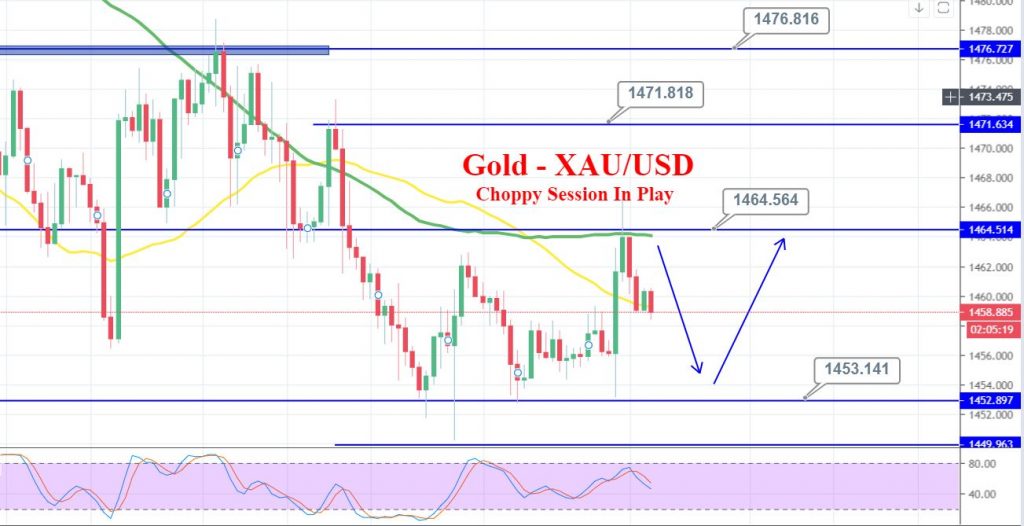 Sideways trading in gold continues as the precious metal still maintains the wide range of 1,464 – 1,452. Due to the release of US Manufacturing PMI data today, we may see some movement in the market. We can try to cover above 1,452 as below this gold can find next support around 1,447. The overall trend is likely to be mixed today.

Booking Profit on Our AUD/USD Buy Signal, Following the US Employment Report
1 hour ago