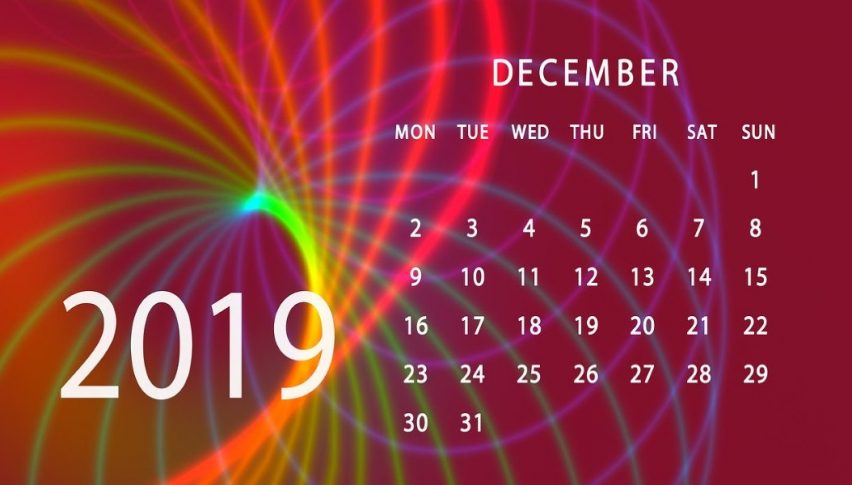 It Has Been A Brutal Open To December For U.S. Stocks.

U.S. stocks are on the defensive as December trading gets underway. Through the first half of the Wall Street session, the DJIA DOW (-235), S&P 500 SPX (-25), and NASDAQ (-101) are trending deep into the red. At this point, lagging economic data and trade war angst are being credited with the losses.

Shortly after this morning’s opening bell, the ISM Manufacturing PMI (Nov.) hit the newswires. The figure came in at 48.1, well below expectations (49.2) and slightly under October’s number (48.3). The lagging ISM report has been a key short-term contributor to today’s weakness in U.S. stocks and the USD.

As we touched on last Friday, the first trading day of any month is typically very active. For December, this trend garners extra importance as it is a holiday-shortened month on the markets. While today’s negative action is far from the meltdown of late-2018, the bearish price action runs contrary to this year’s much-anticipated Santa Claus Rally.

Safe-Haven Currencies On The March To Open December

The opening stanza of December has brought a risk-off approach from institutional investors. Although gold is holding its ground near flat, the USD/CHF and USD/JPY are both posting strong intraday bearish trends. For the USD/CHF, rates have plunged from near-par and are headed for 0.9900.

In a Live Market Update from last week, I outlined a short trading plan from just beneath 1.0000 in the Swissy. After some consolidation near par value, the trade hit its profit target earlier today. Here are a few levels to watch as the session unfolds:

Bottom Line: The bearish action is strong in the USD/CHF and is best respected until proven otherwise. However, for the remainder of the week, a buy from just above the daily Triple Bottom (0.9838-50) isn’t a bad way to play the action.

USD/JPY On The Bull To Open June
24 mins ago