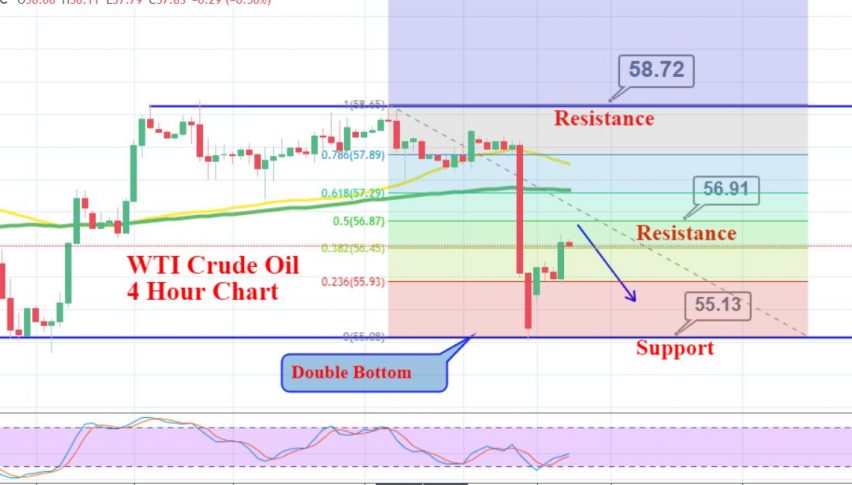 WTI crude oil prices inched up and recovered after the Chinese upbeat PMI data as well as the expectation that the Organization of the Petroleum Exporting Countries (OPEC) and partners will likely extend output cuts at their meeting later this week.

WTI crude oil surged on Monday after China’s official Manufacturing Purchasing Managers’ Index (PMI) released on Saturday came in at 50.2, showing expansion for the first time in seven months and indicating an increase in fuel demand. On Monday morning, the private Caixin/Markit PMI came in at 51.8, up from 51.7 in October and higher than the expected 51.4.

Investors are keeping their eyes on the meeting on December 5 and 6 where the OPEC and its partners are expected to agree to extend the existing oil output cuts by about 400,000 barrels per day (BPD) to 1.6 million BPD and to extend the cuts till at least June 2020. The group’s current supply cuts of 1.2 million bpd started in January and will expire at the end of March 2020.

WTI Crude Oil – Forex Trading Signal
WTI crude oil has faced a double bottom support level of around 55.08 on the 3-hour chart. Closing of candles above this level is suggesting chances of a bullish retracement.

Gold's Sideways Trend Continues - What to Expect on Friday?
3 days ago