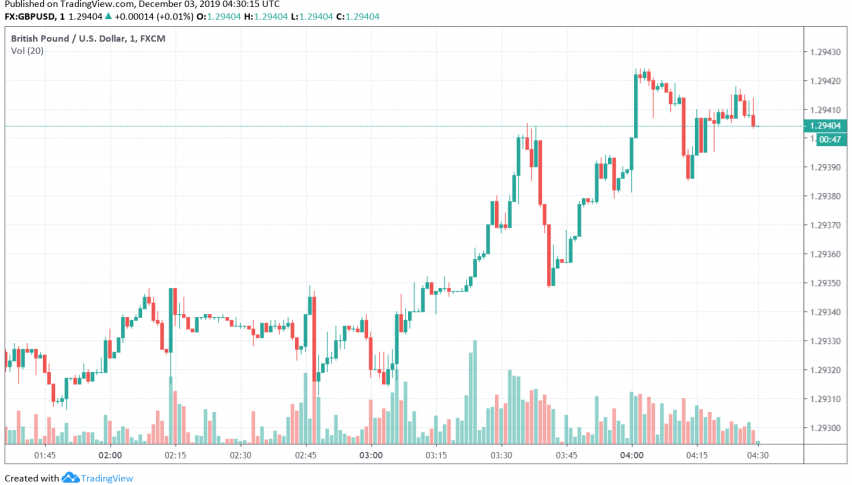 Early on Tuesday, the Pound has strengthened against the US dollar after the release of US manufacturing data which has caused the greenback to slide lower against its major peers. At the time of writing, GBP/USD is trading at around 1.294.

GBP/USD is trading stronger lately ahead of the upcoming elections as markets are widely expecting a victory for PM Boris Johnson’s Conservatives party, which would lead to the Brexit Bill being voted successfully through the Parliament. Meanwhile, Labour Party leader Jeremy Corbyn has opposed any possible trade deal with the US unless NHS is excluded from the agenda, in case his party comes to power.

GBP/USD has mostly ignored the manufacturing data released by Markit on Monday which revealed a contraction in this sector for the seventh straight month during November. UK’s Manufacturing PMI for November slid lower to 48.9 from 49.6 in October, driven by a decline across employment, new orders and output as a result of the delay in Brexit.