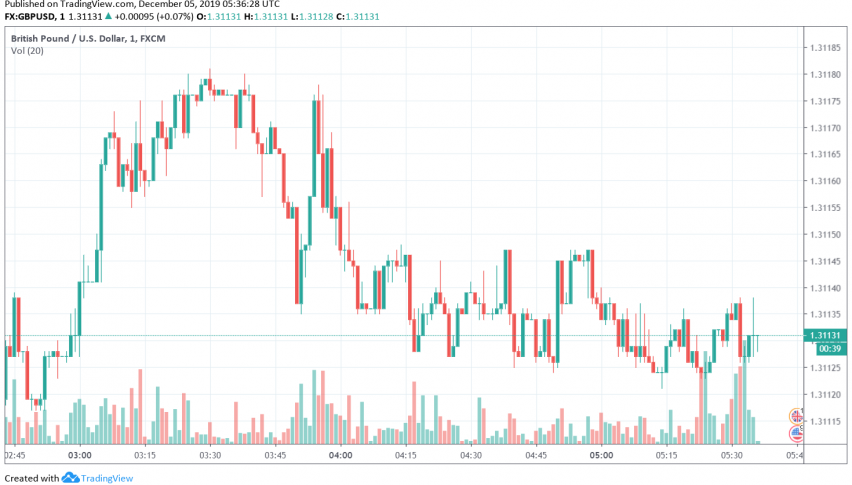 On Thursday, the Pound is trading bullish against the US dollar over rising hopes for a victory for PM Boris Johnson’s Conservative Party in the upcoming general elections. At the time of writing, GBP/USD is trading at around 1.311.

Not only have Johnson’s party promised to get the latest withdrawal agreement passed through the UK parliament after they come back to power, but they have also stated their plans to hold a budget in February after Brexit happens. Within the first 100 days of coming back to power, Conservatives have pledged to ratify the Brexit Bill, pass new laws on healthcare, justice and education, and even approve tax cuts in a new budget.

In his campaign, Johnson once again reiterated his stand on Brexit, stating, “If there is a Conservative majority next week, we will get Brexit done by the end of January. 2020 will then be the year we finally put behind us the arguments and uncertainty over Brexit.”