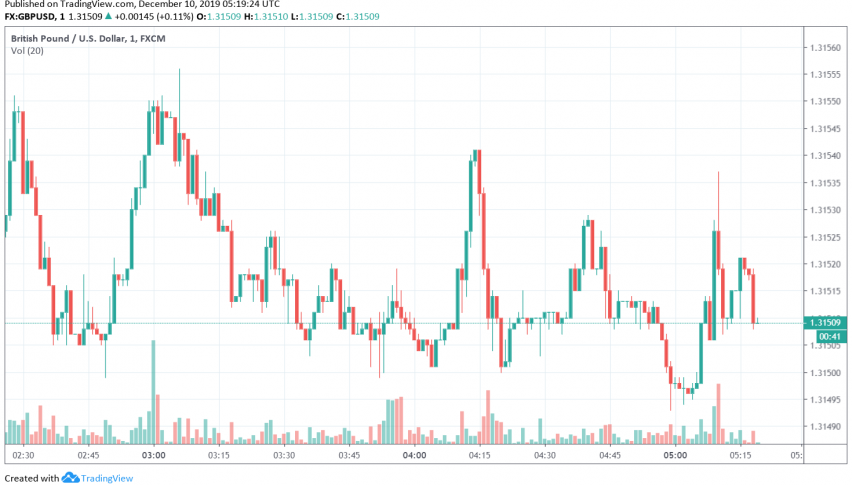 The Pound is trading cautiously optimistic against the US dollar ahead of the upcoming general elections in the UK as markets eagerly await a Conservative victory and a subsequent resolution on Brexit. At the time of writing, GBP/USD is trading at around 1.315.

The Pound has gained around 2% against the US dollar since early November over rising expectations of a no-deal Brexit scenario being averted. GBP/USD is trading close to a seven-month high as opinion polls widely anticipate PM Boris Johnson to come back to power with a resounding majority to pass his Brexit Bill through the UK Parliament.

However, there is still an underlying sense of caution and nervousness among Sterling traders over a slight hesitation to believe blindly in opinion polls’ forecast. While some of the recent gains in the Sterling have been attributed to slashing of short positions in the currency, one-week implied volatility has doubled since late last week.

This is a sign of hesitation among traders to confidently trade the Pound in hopes of a Conservative majority as has been predicted. In the event of a Labour party victory, the Pound can reverse and weaken into the low 1.20s, as per traders’ estimates.