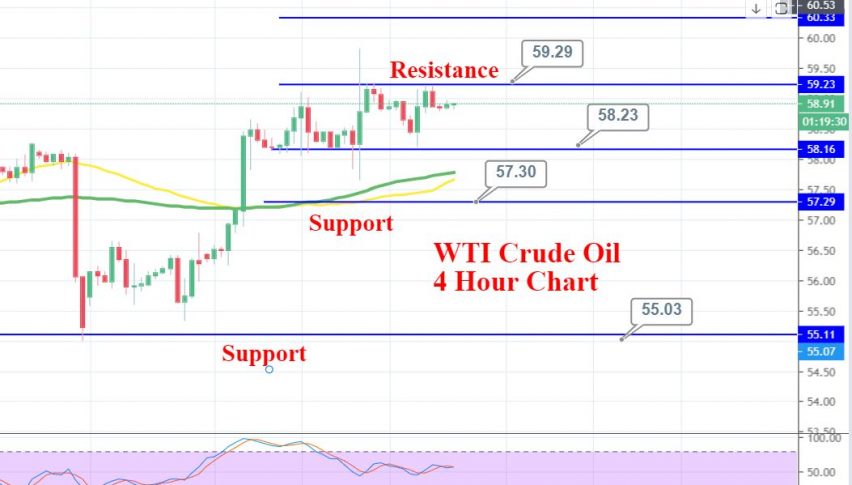 WTI crude oil prices are flashing red and representing losses mainly due to the renewed trade war between the US and China and weak Chinese export data. The US West Texas Intermediate crude settled down 18 cents, or 0.3%, at $59.02 per barrel. It reached a 5-month high of $59.84 on Friday, just a few cents down from $60 level.

Saudi Arabia, Russia, and other oil producers banded under the OPEC+ alliance agreed in Vienna on Friday to reduce daily output by a total of 2.1 million barrels, or 2.1% of world supply, over the first quarter of next year.

Yet WTI crude oil prices dropped on Monday after data showed that Chinese exports decreased for the 4th-straight month, sending jitters through a market already concerned about damage to global demand by the trade war between the United States and China. Until a trade deal is signed by December 15, the Trump administration is set to impose tariffs further on Chinese imports. 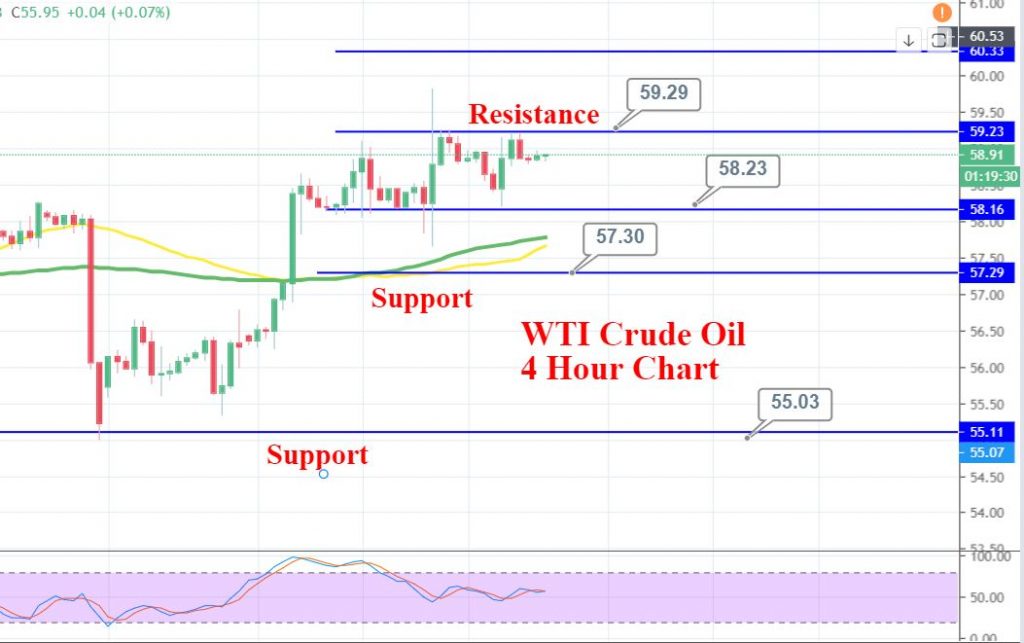 On Tuesday, the technical outlook of the WTI crude oil remains mostly unchanged as the black crack continues to trade choppy. The current sideways trading range is 59.30 – 58.25.

The 20 and 50 periods EMA is keeping the WTI prices supported, mostly suggesting bullish bias. Taking a look at the 3-hour chart, the RSI is crossing over 50, suggesting chances of further buying in the WTI, but it will only be possible if oil prices break above 59.30 resistance today. Until then, let’s trade choppy within 59.30 – 58.25 trading range.

The Daily Chart Points to More Bearish Momentum For NZD/USD, After Failing at Resistance
7 hours ago

USD/JPY Stalling Below MAs - Is This the End of the Retrace?
8 hours ago
Comments