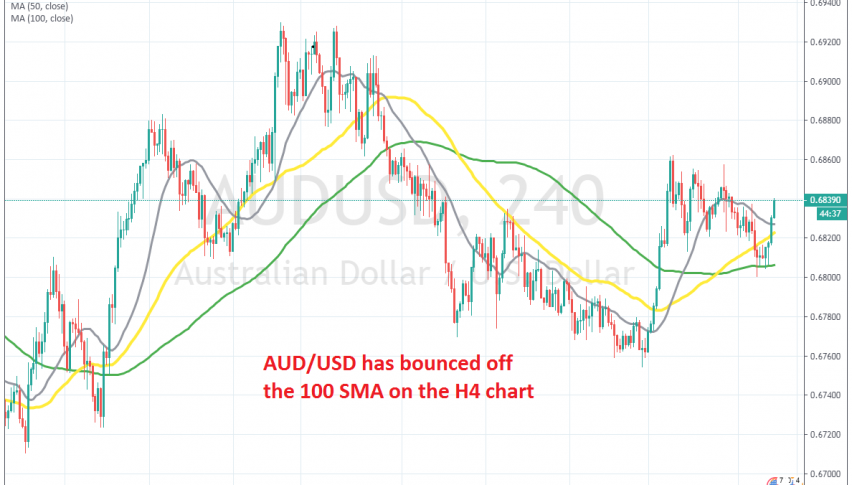 The bullish reversing pattern above the 100 SMA worked well

AUD/USD turned bullish in October for the reasons that we have mentioned many times, such as comments regarding the Phase One deal, which came as a bit of a surprise and helped the sentiment improve considerably in forex, at a time when the global economy is still weakening. Although, the trend turned bearish in November, as the USD gained some strength.

Moving averages such as the 20 SMA (grey) and the 50 SMA (yellow) turned into resistance and stopped the buyers from pushing higher during retraces. But, sellers couldn’t make new lows, which was a sign that the trend was still bullish and buyers were going to come back at some point.

That point in time came after the US ISM manufacturing report showed further weakness in this sector of the US economy on December 1, and AUD/USD surged around 100 pips higher as the USD turned bearish again. Last week, the price was consolidating while earlier this week we saw a retrace higher, as the sentiment turned slightly negative.

The price fell to 0.68 and stopped right there. The 100 SMA (green) turned into support for this pair on the H4 chart. The price formed a couple of doji/hammer candlesticks on this time-frame, which are reversing signals and eventually, AUD/USD reversed higher. This pair has bounced around 40 pips higher now, so buyers are in control again. Too bad we missed that opportunity to go long last night.

Skerdian Meta // Lead Analyst
Skerdian Meta Lead Analyst. Skerdian is a professional Forex trader and a market analyst. He has been actively engaged in market analysis for the past 11 years. Before becoming our head analyst, Skerdian served as a trader and market analyst in Saxo Bank's local branch, Aksioner. Skerdian specialized in experimenting with developing models and hands-on trading. Skerdian has a masters degree in finance and investment.
Related Articles
FED Doves Aren't Pushing for More Cuts Now
The FED has been dovish since summer last year, but now even doves like Bullard are turning less dovish
45 mins ago 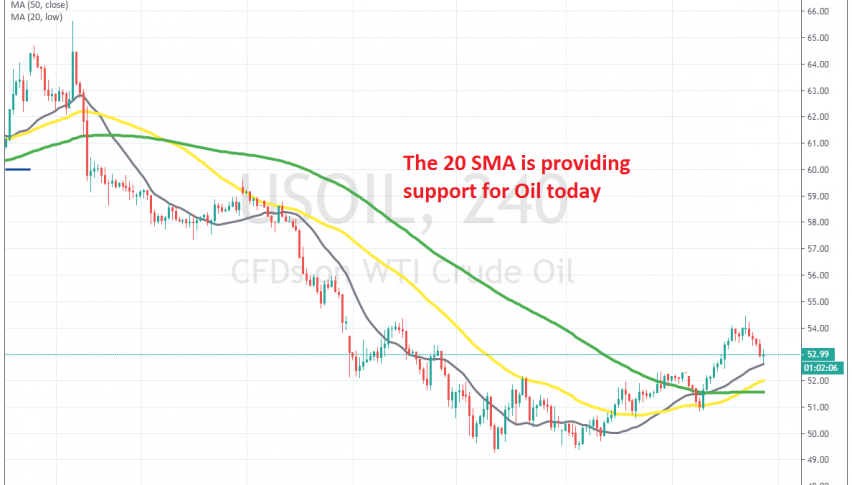 Is the Trend Changing for Crude Oil?
1 hour ago 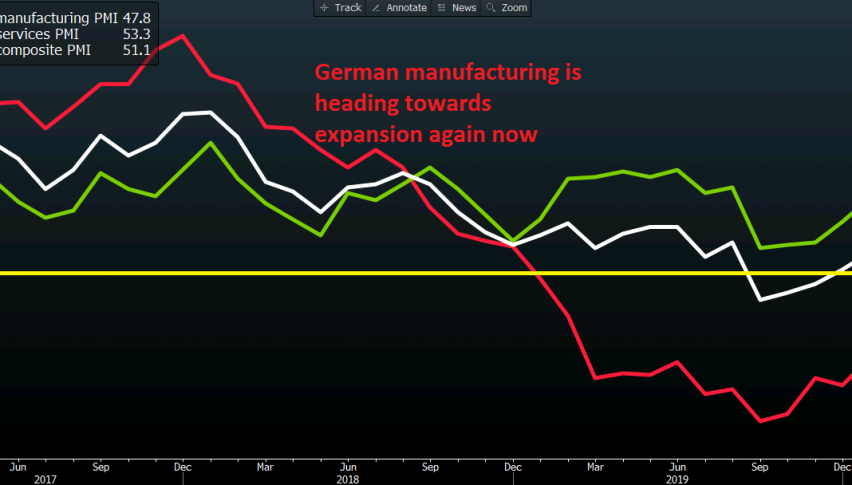 Manufacturing Improves in Germany, but Remains in Contraction
3 hours ago
Comments