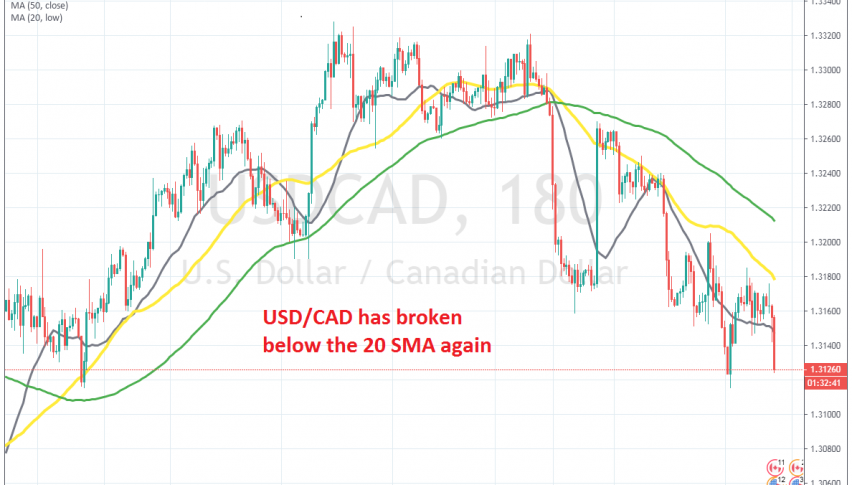 USD/CAD Heads Towards our TP Target After the Inflation Report

The pullback higher is over now

On Monday we opened a sell forex signal in USD/CAD , as this pair was retracing higher. The trend has been bearish since the beginning of this month, after OPEC+ decided to cut Crude Oil production again, by an additional 50k barrels/day, which helped Oil price climb higher, as well as the CAD, since this currency is closely correlated to Crude Oil.

We decided to go short on this pair , although we should have waited a bit longer, since the pullback continued further to the upside. Now, the price has reversed and USD/CAD is heading towards our take profit target after the inflation report was released.

In October,median CPI stood at 2.2% but was revised higher to +2.3%. So, CPI declined in November by 0.1%, but median core CPI number is the highest since 2009. The CAD is climbing higher, which means that USD/CAD continues to slide lower.