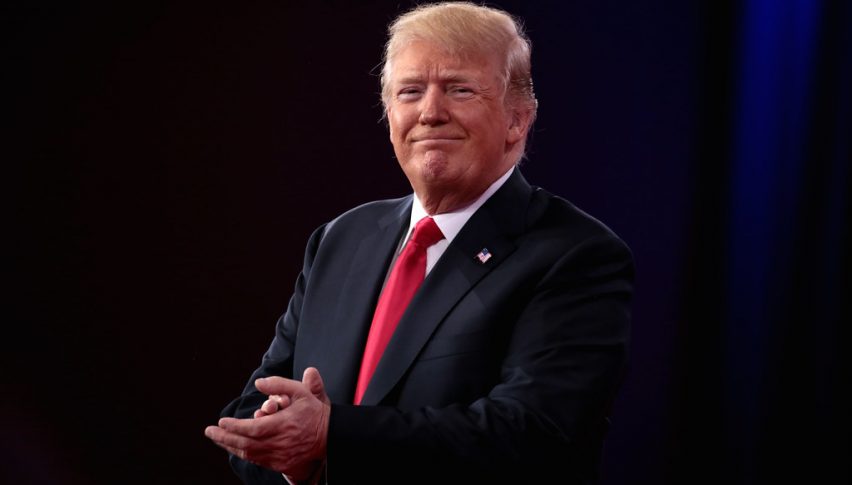 In The Wake Of Trump's Impeachment, Safe-Havens Are On The March.

The Trump impeachment saga is moving forward as the U.S. House of Representatives has officially voted to impeach. Ultimately, voting fell along partisan lines, with the Democratic majority winning the day. Since the final tally became known Wednesday evening, safe-haven assets have caught a few bids.

At the midpoint of the Wall Street trading day, the leading U.S. equity indices continue to post new all-time highs. Gold is also up by more than $5.00 per ounce and the USD/CHF and USD/JPY are in steep intraday downtrends. Although the price action is a bit counterintuitive, it does suggest that risk is “on,” but institutional players aren’t going “all-in.”

At press time (1:30 PM EST), the USD/CHF is leading the safe-haven charge. Rates are falling rapidly and have broken beneath the 0.9800 psychological level.

Overview: At this point, there are no concrete daily support levels to look for in the USD/CHF. It is short-or-nothing for the immediate future.

However, it is worth pointing out that pretty much everyone in the market was sure of a Trump impeachment. So, why the action in safe-havens?

Well, if nothing else, Wednesday’s vote in the U.S. House of Representatives was historic. Trump is only the third POTUS to be formally impeached; and, despite the 92% odds of a Senate acquittal, the way forward is unclear. Today’s headlines suggest that the House may attempt to delay a Senate trial by weeks or even months. If this scenario plays out, the political limbo will drive uncertainty to the markets and even more action to the safe-havens.

Gold's Sideways Trend Continues - What to Expect on Friday?
23 hours ago
Comments