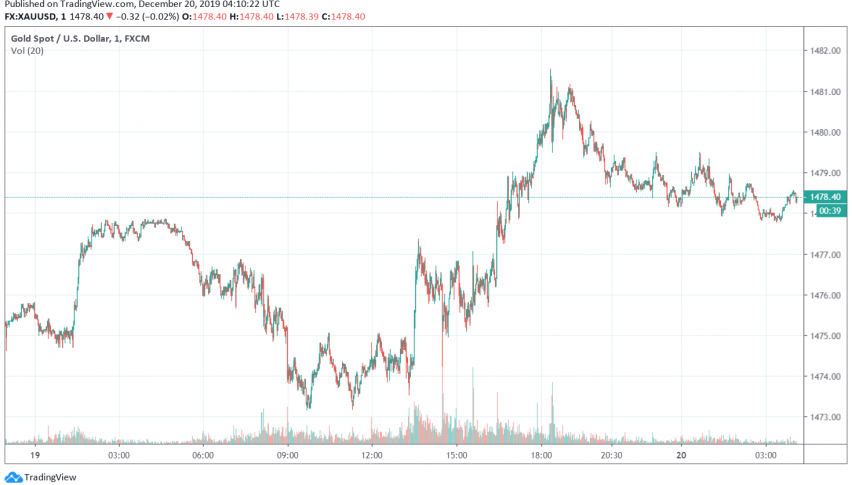 Gold is trading bearish early on Friday ahead of the release of US GDP data, amid fading safe haven appeal on the back of optimism for the phase one trade deal getting signed between the US and China soon. At the time of writing, GOLD is trading at a little above $1,478.

On Thursday, US Treasury Secretary Steven Mnuchin confirmed that both nations are likely to sign the partial trade deal sometime in early January, even as China published a list of oil and chemical imports from the US that will be exempted from tariffs. As the holiday season approaches, the mood in the markets has improved over expectations for the trade deal, sending stock markets higher and safe havens lower.

Gold prices remain supported over the news of Trump’s impeachment and some weak economic data releases from the US. On Thursday, the Philly Fed manufacturing index revealed near stagnation in factory activity in the Mid-Atlantic region. On the positive side, the recent jobless claims report came in strong as the number of applications for unemployment benefits slipped from an over two year high.