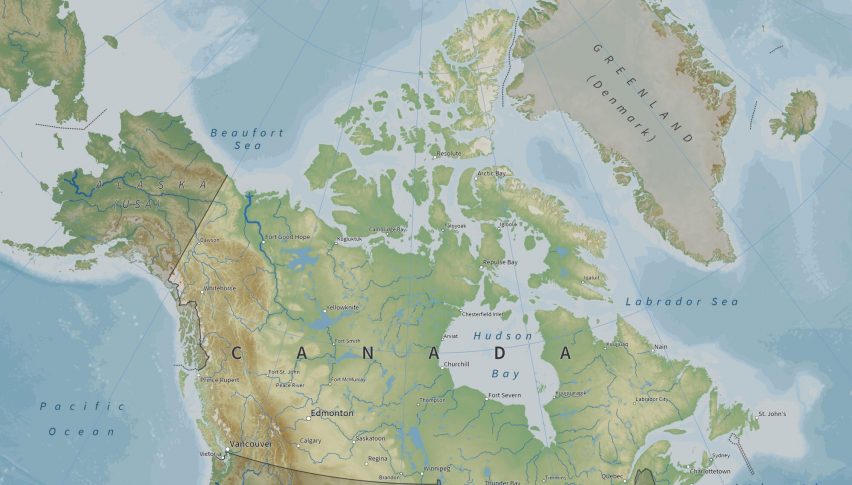 Canada is 0.1% smaller now, as the GDP report showed

The forex market has calmed down considerably, since Thursday 10 days ago. The elections were held that day in the UK and Conservatives won a strong majority, which gives the m the right to go ahead with Brexit, clearing the path in UK politics. US and China agreed on a partial trade deal back then and both events helped improve the sentiment considerably since them. But, the reality struck back and traders quickly realized that not much had changed, and the global economy is still weakening.

So, traders have been uncertain since then and markets have been pretty quiet in all fronts for more than a week. The Christmas period has also played a part in this, since traders have left their desks for the holidays and the liquidity has decreased. Today, there ware some important economic events being released from North America and they were pretty horrible, but the USD and the CAD remained unchanged. Retail sales posted a big decline for November in the US, while Canadian economy shrank by 0.1% in October, but traders have left and these currencies didn’t suffer much from such data.

AUD/USD turned bullish in the first two weeks of this month, as the USD turned bearish, on softer US ISM manufacturing report, which showed that this sector fell deeper in contraction during November. The upside momentum faded and in the third week this pair retraced lower.But, the sentiment improved further after US and China agreed on Phase One deal, helping risk assets, such as the stock markets and commodity Dollars. As a result, AUD/USD has been bullish for about a week. The uptrend has been pretty straightforward.

The price has leaned on the 20 SMA (grey) on the H1 chart, which has been providing support on pullbacks and pushing the price higher. This shows that the trend is pretty strong. We saw a climb earlier today, but the price has reversed now and it is slipping lower. We are following it and will try to open a buy trade around the 20 SMA, but only after we get a bullish reversing signal, such as a pin/doji candlestick.

Markets have been pretty quiet again today, which is normal at this time of  the year. Markets will still be open tomorrow, but the economic data is very light, so most major currencies are expected to remain so, as they did today after the horrible US durable goods orders report and the Canadian GDP.