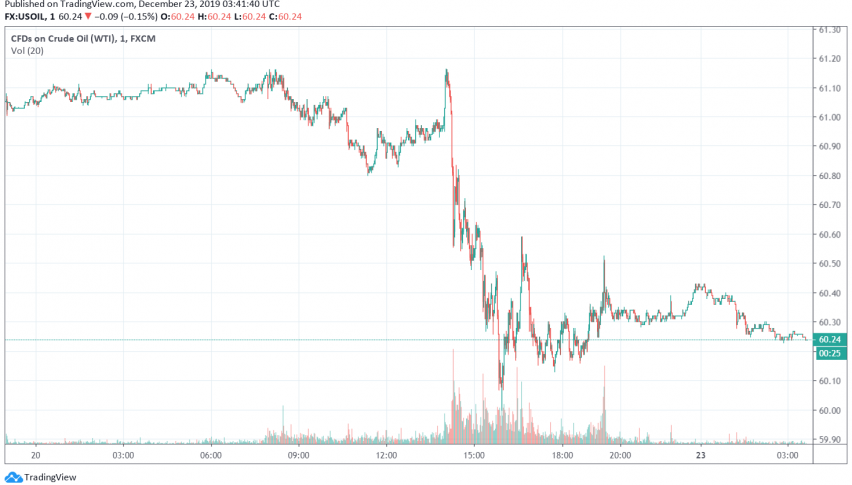 WTI crude oil prices are holding steady amid increasing hopes for the US-China phase one trade deal shortly, after Trump confirmed that the two nations were getting close to signing the deal. At the time of writing, WTI crude oil is trading around $60.24 per barrel.

Although the phase one deal was announced back in October after high level meetings in October, the finalizing of it was delayed, escalating trade tensions all over again. For now, the interim trade deal is expected to be signed by early January, and will see the US reducing tariffs on some Chinese imports in exchange of increased US farm product imports by China.

For most of 2019, the US-China trade war has dictated moves in global oil prices and caused crude oil to trade bearish despite the OPEC stepping in with production curbs. The improvement in US-China trade tensions have caused analysts to upgrade their outlook for crude oil demand growth in 2020, further supporting the recent bullishness in oil prices.

US 'Satisfied' With China's Commitments to Phase One Trade Deal
4 hours ago
WTI Crude Oil Prices Set to End With Gains this Week – a Fundamental Outlook!
WTI Crude Oil prices flashed green, taking bids above the 42.00 level. However, the reason for the ongoing bullish bias in crude oil could b
6 hours ago