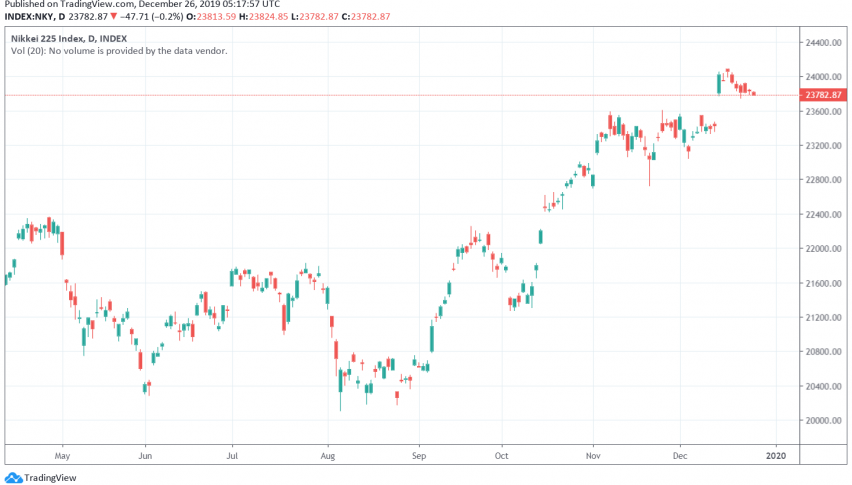 Asian stock markets are trading bullish a day after Christmas even as most markets remain closed in the observance of Boxing Day. Japan’s NIKKEI225 is trading at a little above 23,872, up around 0.44% at the time of writing.

Nikkei has been riding the optimistic sentiment in the markets surrounding the phase one trade deal which is expected to be signed by the US and China shortly. In addition, markets remain more upbeat about global economic growth picking up in 2020, after fears of possible recession fade in the wake of receding trade tensions.

So far, the Nikkei continues to trade bullish, seemingly unaffected by a proposal to overhaul the Tokyo Stock Exchange which is expected to set quite a low market cap requirement as the minimum for its planned prime market. If this proposal goes through, some small cap shares could be excluded from the Topix index in the future, leading to a selling spree in these shares for now.

Can FED Tightening Weigh on Cryptocurrencies in 2022 and Stock Markets?
2 weeks ago

FED Rate Hike Comments Ahead of Powell's Testimony
2 weeks ago