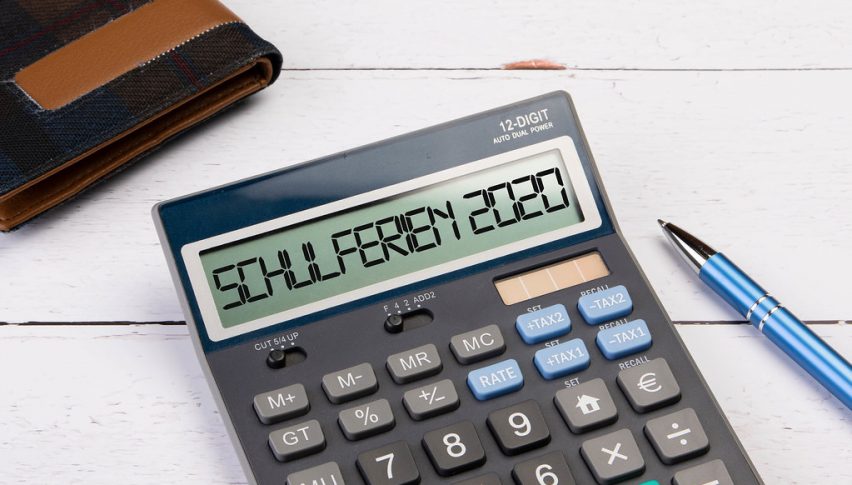 2019 has come to an end and we are heading into 2020. This has been a tough year for forex traders as politics have been the main driver in financial markets this year and we know that politics are unpredictable, especially at these times. The global economy weakened considerably at the end of 2018 and certain economies fell in contraction/recession, particularly in the Eurozone.

We did see a bounce in the global economy in Q1 of this year, but the trade tensions escalated in 2019, which had a negative impact on global trade and the global economy has continued to weaken. Many sectors of different major economies across the globe have fallen in recession, particularly manufacturing and industrial production, which have been hit the hardest from the trade war.

But, they have affected other sectors as well and the economic weakness has spilled in the other sectors, such as construction and services. Inflation has weakened considerably too, although the decline has stopped in recent months and we have seen a very mild recovery during these last few months. Major central banks around the globe pushed the panic button during the summer and they have been cutting interest rates several times. That has improved he situation a little but let’s see where we are heading into 2020.

As mentioned above, central banks were hiking interest rates in recent years, as the global economy was recuperating. But, this year the trade war caught up with the economy eventually and many central banks started loosening the monetary policy again. The Reserve bank of Australia and the Reserve Bank of New Zealand have cut interest rates by 0.75% since early summer. The FED cut three times in a row by the same amount while the European Central Bank (ECB) cut deposit rates from -0.40% to -0.50% in September and started a QE (quantitative easing programme, of 20 billion Euros of bond purchases.

What will the story be in 2020? Well, the weakening of major global economies has stalled for the time being and we have sen a mild recovery. Although, important sectors such as manufacturing and industrial production remain in contraction, especially in Germany and the US. China has been slowing down as well. So, central banks have stopped cutting interest rates for now and I expect them to keep them unchanged during Q1 of this year. If the economy starts to pick up, then we might see a rate hike from the FED, but only towards the end of the year, after they get a strong confirmation. But, the most probable scenario is that the global and US economy doesn’t weaken further and doesn’t make a great reversal either. So, central bank will likely wait and see, since US elections are scheduled foe the end of this year as well. If the global economy does weaken indeed, then they will deliver one more cut, but will stop there.

Brexit has been confirmed by the British public now, after the general elections in December, which produced a clear winner. Boris Johnson won a majority in the British Parliament with the Brexit flag, so the future is clear, the UK will be out of the EU by the end of 2020. That offered some clarity for forex traders since one of the unknowns of the Brexit equation has now been solved, the UK is definitely leaving.

But, they will still need a trade deal with the EU, otherwise it will just be a hard Brexit and Britain will crash out of the EU. A trade deal within a year is almost impossible. I took Canada 7 years to reach a deal with the EU. So, the schedule is very tight. But, Boris Johnson sounds confident about a trade deal and he might have a point, since the UK can get a ready template from the Norwegian or the Canadian deals with the EU. If prospects of a trade deal increase, then expect the GBP to turn pretty bullish again. But, it will be a long roller-coaster ride until then.

The trade war escalated out of proportion this year, which was one of the main reasons for the slowdown in manufacturing activity, as well as the monetary tightening of the previous years form major central banks. US trade tariffs on China stand at $550 billion, while Chinese tariffs on US products stand at $185 billion. Although, in Q4 of 2019, the rhetoric cooled down and we finally saw a trade deal between US and China, called Phase One deal.

Markets got excited in the last days leading to the agreement, which will be signed early in January. But, that didn’t last too long, after seeing the details. This is just a deal on agriculture, which doesn’t tackle the main issues such as IP theft, forced technology transfers into Chinese companies etc and the purchases agreed are not much more than the current levels. The recent positive tones suggests further talks and possible a more meaningful deal. Donald Trump would like that, since it would mean that he defeated China, which would be a strong card heading into elections. But, China might play tough until the elections, hoping that Donald Trump doesn’t get reelected. Although, judging by polls, Donald Trump will likely get a second mandate next year. Anyway, everything is quite unpredictable regarding this issue. We will have to follow the comments and go with the flow in the sentiment.

The fate of 2020 US presidential elections seems increasingly predictable. The support for Donald Trump has increased as time has gone by and considering that the last several US presidents have received a second mandate, odds point to a second mandate for Trump. Donald Trump has had quite a few victories so far in this mandate, such as an improving economy, despite the recent weakness, higher earnings and spending from US consumers, new trade deal in North America, putting China against the wall. We will see where he will go in 2020. Democrats don’t have any serious contestants, but we might see Hillary Clinton come back, or Michelle Obama as a last resort card. But, I still think Trump will win, which is a positive thing for the USD.