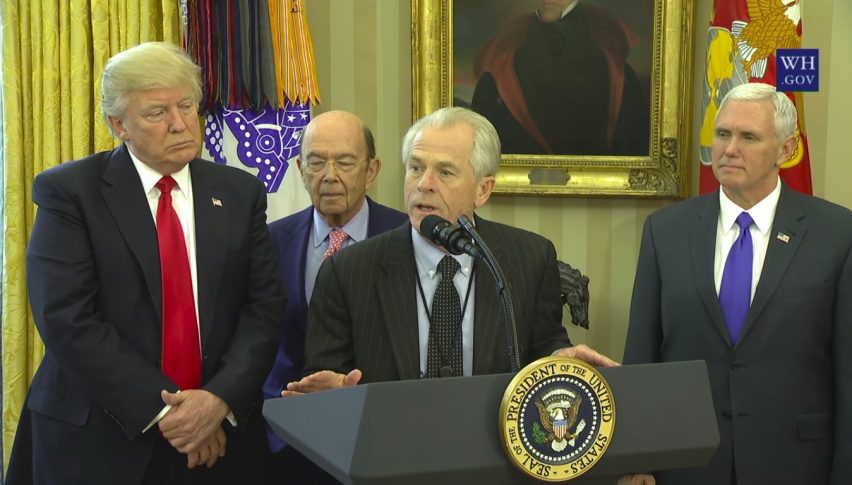 US trade representative Peter Navarro was speaking on CNBC a while ago and made a bunch of interesting comments. The Phase One deal is complete for him, although the interesting part is that about intellectual property theft and technology transfer. Below are his main comments:

“In China deal, we have a base application for technology transfers”  said Navarro, although does that mean that technology will be transferred in a more structured way? He also “expects UK, Vietnam, Europe trade talks in 2020”, but they won’t likely come before tariffs, especially with the EU.

Will Trump start more trade war fronts with the EU and Vietnam next year? It might be so, but US presidential elections are scheduled for November, so I think that he might take it easy next year and restart the trade war after the second mandate.

Forex Signals Brief for October 21: US Treasury Yields Above 4%, UK Gilts Below
4 months ago

Is Oil Resuming the Uptrend or Is This Just A Retrace?
7 months ago