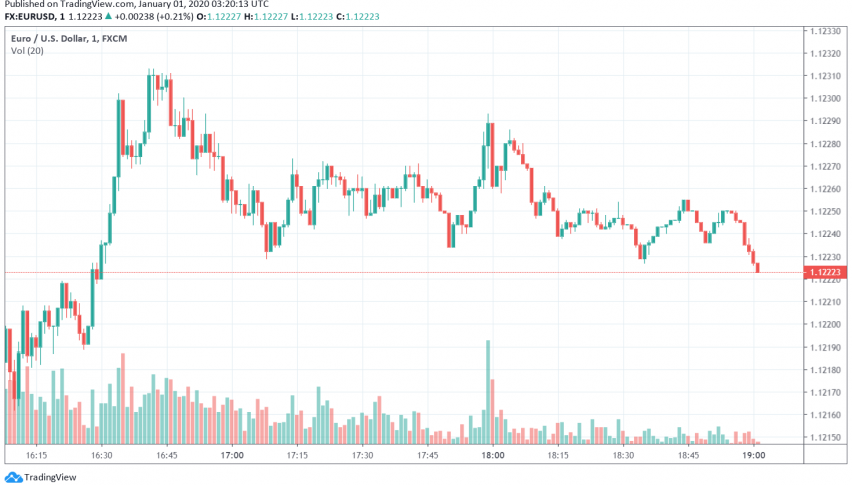 Euro Trading Steady After Gaining 0.3% Against USD on Tuesday

The Euro is trading steady after rallying against the US dollar during the last trading session of 2019, over rising confidence in markets about US-China trade tensions receding this year. At the time of writing, EUR/USD is trading around 1.122.

In 2019, the Euro lost around 2% of its value against the US dollar. The Euro had weakened and traded bearish against the US dollar for a considerable part of last year over the heightened uncertainties of the US-China trade war and Brexit. In addition, leading economies in Europe and around the world had slowed down, driving weakness in Europe’s manufacturing sector, causing further bearishness in the Euro.

In addition, EUR/USD was also driven bearish by a strengthening of the US dollar over better than expected economic growth and economic data releases from the US. Despite the continued trade tensions with China and other countries, the US economy continued its expansion and is expected to post moderate growth this year as well.

Can EUR/USD Fall Back to Parity After Failing at 1.05?
4 days ago