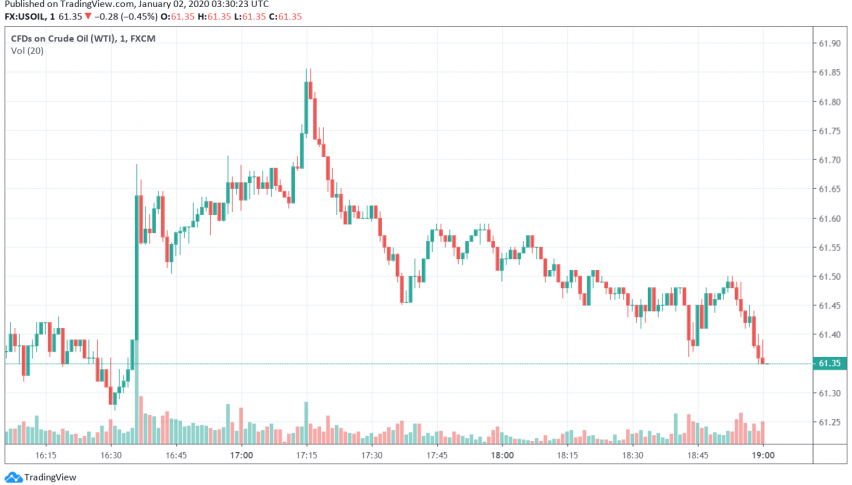 Oil markets have been buoyed by reports of the US and China finalizing the first phase of their trade agreement, and the end of the year brought additional cheer when US President Trump finally announced a date for the signing of the trade deal. A trade deal between the US and China is likely to help boost demand for oil, supporting the rise in crude oil prices.

In addition, crude oil prices have been climbing higher over fears of escalating geopolitical tensions in the Middle East after US airstrikes on multiple locations in Iraq and Syria. Markets are concerned that this could result in another face-off between the US and Iran, which could hurt oil supply from the world’s leading oil producers in the region.