Forex Signals US Session Brief, Jan 3 – Everything Crashes at the Blink of An Eye on US-Iran Tensions - Forex News by FX Leaders 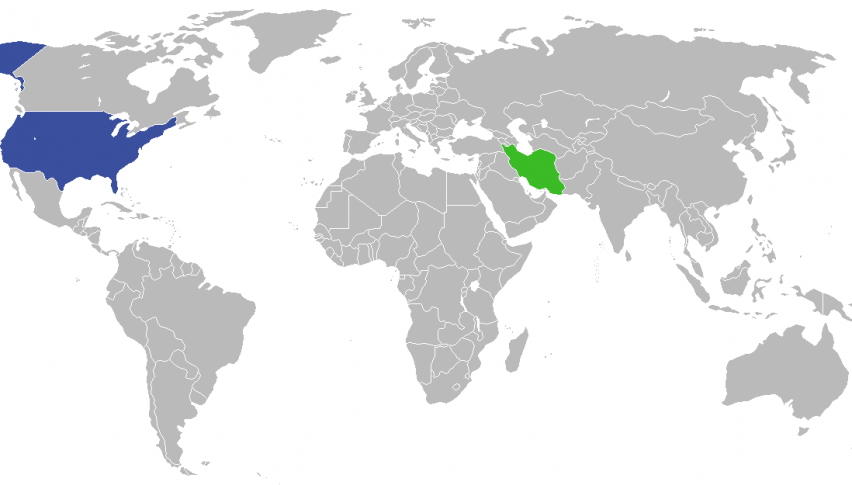 Forex Signals US Session Brief, Jan 3 – Everything Crashes at the Blink of An Eye on US-Iran Tensions

The price action of last week, which was dominated by year-end cash flows and position adjustment from forex traders ahead of the new year, wore off as soon as we entered 2020 and yesterday markets were trading the sentiment. The sentiment was negative and risk currencies were retreating lower. Today, the sentiment deteriorated further pretty quickly, after a US drone killed the top Iranian military general, in Baghdad. Iran threatened with severe retaliation, which added further fuel to the fire.

Safe havens surged higher, with Gold ending up around $30 higher.Such comments kept the sentiment negative all day and in the afternoon, the US ISM manufacturing report added more fuel to worries for forex traders. This report was expected to show an improvement for December, but it showed that the manufacturing activity fell deeper in contraction. If next month’s number comes below 50, which it will, then we have a recession in this sector. The USD has turned bearish again after finding some bids as a safe haven earlier in the day. 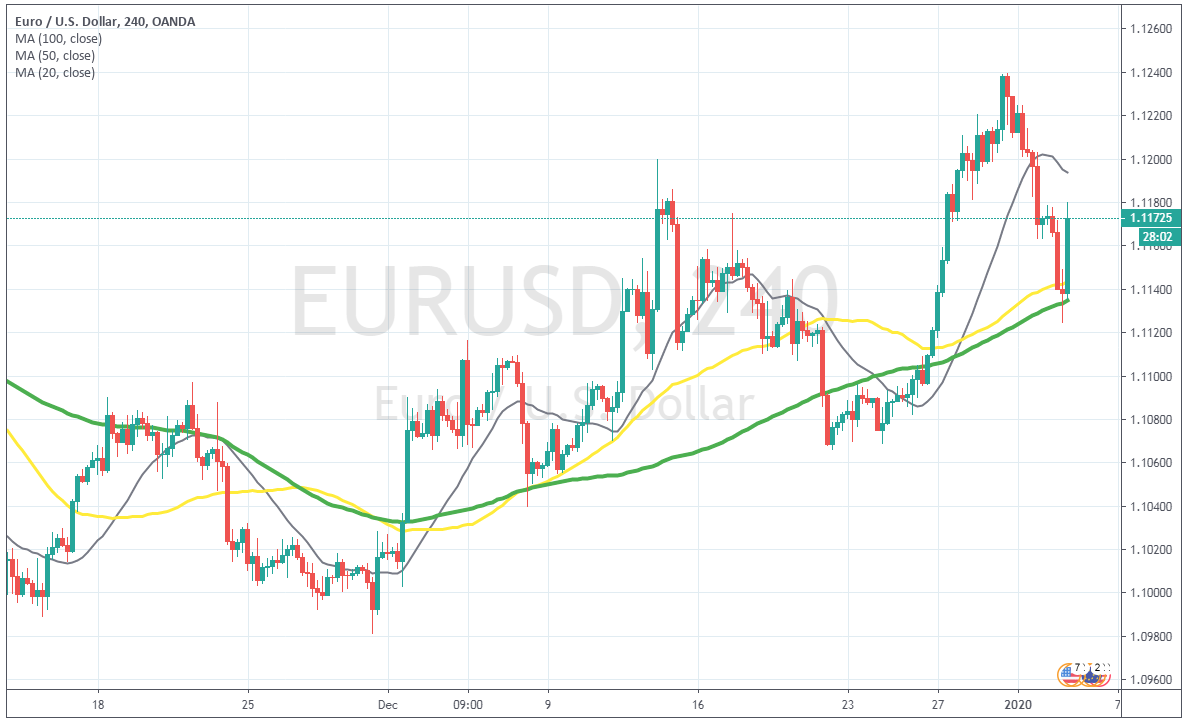 EUR/USD has been bullish during December. The Euro doesn’t have many reasons to be bullish, but the USD turned bearish last month, due to the soft US ISM manufacturing report, as well as due to some year-end cash flows out of the US apparently.As a result, EUR/USD climbed from below 1.10, to 1.1240s during last month. But, in the last two days this pair has given back around 100 pips, particularly today. The sentiment has deteriorated today, after the killing of the top Iranian military general from the US.

Risk currencies have been making some sharp declines, while safe havens have surged higher. But, it seems now that the decline in EUR/USD has stopped. The price pierced below the 100 SMA (green) for a short while, but climbed above it again, which suggests that this moving average might have turned into support now.The 100 SMA provided resistance back in November for some time on the H4 chart, when this pair was bearish. The previous H4 candlestick closed as a spinning bottom/doji, which is a reversing signal, while the stochastic shows that this pair is oversold now. The price has bounced already and is now resuming the bullish trend after the soft ISM manufacturing report from the US.

The sentiment turned quite negative today after tensions between US and Iran escalated again, following the air strike on Soleimani. The horrible US ISM manufacturing report for December hurt the sentiment further, especially for the USD, which has turned bearish again today.