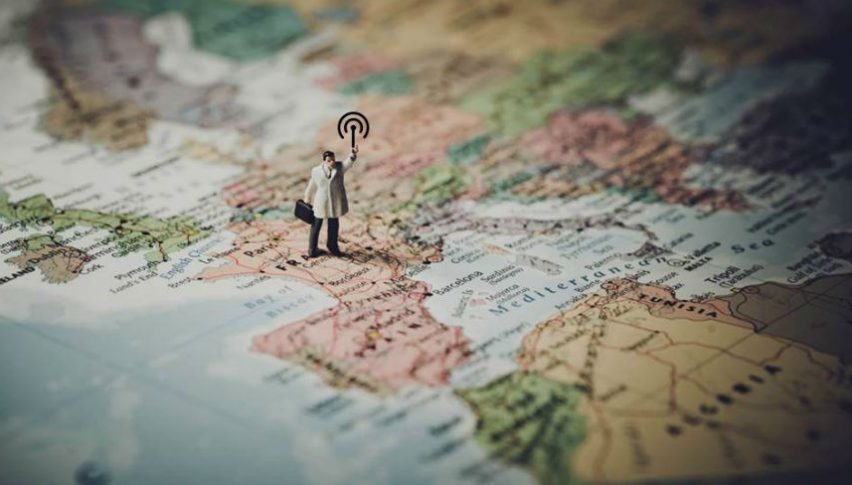 Services posted a nice improvement for December in the Eurozone

Financial markets have been quite difficult to trade in the last couple of years. Politics have been interfering with them during this time and there have been many issues moving markets up and down, such as US-China trade war, Brexit, Hong Kong protests, attacks on Saudi Arabia Oil facilities etc. In the last week, another conflict has appeared, that between US and Iran, after the killing of top Iranian military leader Soleimani. That sent safe havens higher and risk assets tumbling lower. So, politics kept messing with markets until the last days of 2019.

That will continue for quite some time, but traders are focusing on economics for a change today. The manufacturing and industrial sectors have been the most affected and they have been in contraction/recession in all major economies for months now. They were pulling the service sector down as well, especially in Europe. But, today’s services PMI reports from Europe posted some nice gains for December, which removed some of the fears that the Eurozone economy might fall in recession, which should if services fall in recession.  The climb in safe havens has stopped for now and risk assets are recuperating some of the losses, but I don’t think this will last long.

Eurozone Services PMI – The economy of the Eurozone has been weakening for nearly two years now and manufacturing and industrial sectors in particular have been in recession for quite some time, as the trade war affected them negatively. That weakness eventually spread into other sectors such as services, which has forced the ECB to start easing the monetary policy again late last year.

Although, we have been seeing some green shots recently and today’s service PMI reports offered some hopes for the future. Below are the figures from major countries in Europe: 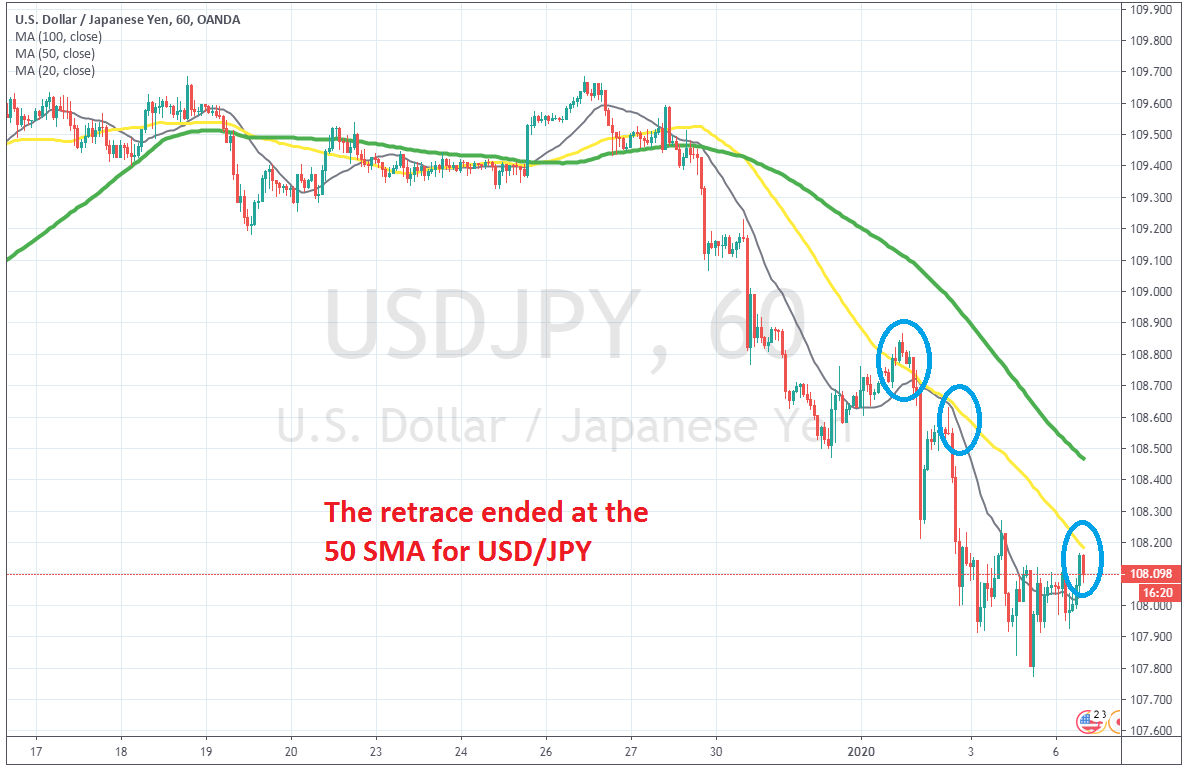 The trend has shifted to bearish in USD/JPY

As I highlighted in one of my earlier posts today, USD/JPY has turned quite bearish. This pair was trading on a bullish trend since September as the trade war rhetoric cooled off, but it turned bearish in the last week of last year, initially due to year-end cash flows and then, the killing of the Iranian top military leader sent this pair diving lower. The reversal was quite swift and the downtrend has been pretty strong during this time, as shown by the smaller moving averages which have been providing resistance and pushing the price lower. The 20 SMA (green) was pushing USD/JPY lower in the last few days of 2019.

Then the 50 SMA (yellow) came to the rescue in the first days of 2020. The 20 SMA came into play again after that, but today we saw a bigger retrace higher. However, USD/JPY is finding resistance at the 50 SMA again on the hourly chart. The retrace is complete now, so we decided to take this chance and open a sell signal in this pair. The price is reversing down again, so it seems like this will be a good trade.

Markets continue to be cautious today and the sentiment continues to lean on the negative side, but it has improved  a bit compared to last week, after the services PMI reports from Europe and US showed that this sector is moving away from contraction. This is a great sign, because if services fall in recession, then we will have another global economic crisis.

Oil Confined Between MAs, As China Falls in Contraction
2 months ago